The kind of protectionism that Australia left behind in the 1990s is becoming acceptable again under new guises.

Bit by bit, the kind of blatant protectionism that Australia moved on from in the early 1990s is being rebuilt — under different names and more contemporary stylings, but it’s returning nonetheless.

Australia never fully abandoned protectionism — tariffs and behind-the-border barriers remained in many areas of manufacturing and agriculture (you still can’t import a second-hand motor vehicle, for example, without paying a punitive tariff) — but our protectionism of the last two decades has been more a kind of neo-protectionism, under which local industries were supported by taxpayers via subsidies or concessional loans, rather than competitors facing restrictions.

Now, however, the propping-up of local manufacturers and producers is sliding into more traditional anti-competitive protectionism. The most obvious example is the bipartisan decision on the construction of the Royal Australian Navy’s new generation of submarines, from which tenderers unwilling to construct the vessels locally were excluded. Not merely must the vessels be locally built, they must be built with Australian steel, adding tens of billions to the cost.

The next stage of the devolution into protectionism is now being pushed by the ACTU; today it called for a “Buy Australian Act that would require all major government projects and services to use locally manufactured goods, such as steel, iron, clothing and equipment”. Hitherto, local preference in government procurement programs was confined to providing support for local tenderers to participate in major procurements, or imposing bureaucratic but ultimately trivial requirements like local content plans (i.e. plans for how a successful tenderer might consider using local content), or appointing high-profile local industry representatives to spruik the merits of local players in major private projects.

[Keane: Morrison doubles down on dumbness in the face of populist attack]

Such an act as the one advocated by the ACTU would be a blatant breach of international trade rules and existing free trade agreements, enabling other countries to launch reprisal attacks on Australian manufacturers. But ACTU secretary Dave Oliver is unfazed, saying “this government needs to put the people of Australia first, rather than the interests of multinationals” — ironic given it is multinational car manufacturers like Ford, General Motors and Toyota who for decades sponged off Australian taxpayers.

As the Turnbull government’s high-profile reliance on defence protectionism shows, governments of both sides are not above resorting to such measures. Opposition Leader Bill Shorten flirted with exactly the kind of policy the ACTU is now espousing back in April on Australia’s uncompetitive steel industry, before backing off when the penny dropped (so to speak) that it would breach trade agreements.

But while the Coalition has responded to political pressure on the issue, the ALP has a more fundamental reason for pandering to protectionism: cash. Left-wing manufacturing union the AMWU has given over $400,000 to Labor over the last five years; Shorten’s own former union, the AWU, has given over $100,000, while the Communications, Electrical, Plumbing Union has given $100,000.

Protectionist rules of the kind pushed by the ACTU will push up the cost of major projects, meaning fewer infrastructure projects funded by governments, or more debt. They will yield few jobs: the tens of billions extra to be spent building submarines locally will, for example, will yield only 2800 jobs at the most, and are likely to cost jobs in other sectors due to displaced funding and deterred investment. And the Australian steel sector would be unviable even if all domestic steel consumption was mandated to be locally sourced, given the global glut of cheap steel-making capacity.

This literally restores us to pre-Hawke-Keating era levels of protectionism. As the Productivity Commission noted about the submarines decision:

“… the effective rate of assistance provided by purchasing preferences can be higher than the peak historical levels recorded for the automotive and textiles, clothing and footwear industries prior to the significant economic reforms of protection.”

In the long-term, the costs flow beyond to taxpayers to all consumers and business through more expensive products, less competitive markets and less cost-effective investments. We used to understand that, but we appear to be forgetting. 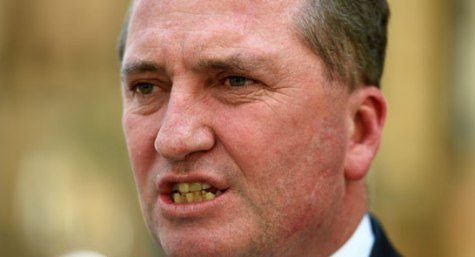 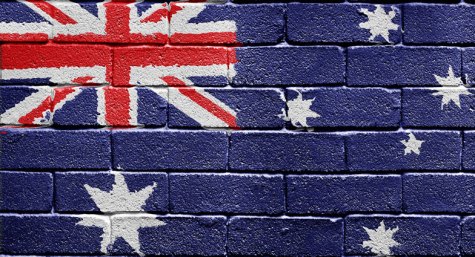 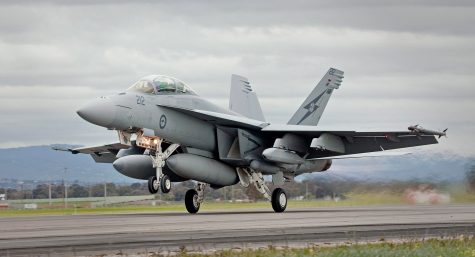 Evidently Mr Keane doesn’t believe in “defence protectionism”, yet he doesn’t seem to have a problem with the concept of “defence spending”, which is itself entirely based on the premise of nationalist “protectionism” – ie: the government justifies spending lots of money to “protect” us against something which may or may not happen.

Nor does he seem to have a problem with the fact that the foreign industries with which our manufacturers are “uncompetitive” are almost universally subsidised by their own governments, whether directly or through their own central banks’ “stimulus” measures. Looks like “protectionism” to me.

But then, pretending to be a wannabe-contrarian “independent thinker” whilst trotting out the same old trite doctrinaire arguments is so hot right now.

But hey, at least he’s willing to stand up and call for government mandated protectionism of the working conditions and quality of life…of greyhounds.

Good one, Damien…obviously animals are far more important than people!
I am a pensioner, but would rather pay a few dollars extra for goods and services if it means a fellow Australian has a job…with the proviso that it is a job for an Aussie CITIZEN, not a blow-in from somewhere else.
IMHO, 457 visas…and all others types which allow people to come into this country and work…should be severely restricted until the un/underemployment numbers here are drastically reduced.
Otherwise, what do we get? Slavery…at the Sydney City Council no less!!

My fave unpaid work moment was when I was tasked as part of my work for the dole to facilitate the destruction of jobs at a library by helping replace them with self service kiosk machines.

Leave it to the global market place to decide if Australia will have a defense manufacturing industry.
And the easiest way to get rid of the unions is to get rid of industrial deaths. At present the unions are the most active protection in the workplace where the profit motive commonly overrides safety.
Is it still cheaper to pay out for industrial deafness than prevent it?

That is not the only area where unions matter. However, I would say in many cases the unions are the only active protection. Yes, Baird in NSW is certainly trying to ensure that disability comes cheap to the insurer.

Bernard it is not often that I disagree with your normally well reasoned point of view but in this case I do for a number of reasons. First, there is no totally free or open market anywhere in the World. Second the benefits if any from so called Free Trade Agreements are going to very few at the expense of the many who have lost good jobs and careers in the Manufacturing, Clothing and Ship Building sectors, a inevitable consequence of trying to compete with bigger mass markets and capacity for long production runs. Third we trade away over Sovereignity by signing up to agreements that allow Multinationals, like the Tobacco Industry, to sue us in special Arbitration Courts if we take any action that affects their profits. Fourth US, Japan, Europe all have significant barriers still in place preventing free access to our so called highly competitive Primary Production sectors supposedly one of the few sectors that gain from removing tariff barriers. Five the ultimate consequence of our trying to compete with China, Thailand, India etc is to see a continuing decline in our wages and standard of living if the history of the last four decades is any guide.

Sean, Bernard regularly criticises the “free trade agreements” as being nothing of the sort, and has often pointed out that many of the benefits of free trade are felt when you open your own country up regardless of what others do.

Show us the benefits so far, Kfix, or Bernard for that matter.

There’s nothing to suggest that dismantling protectionism has a negative impact on Australians. Wage growth is still positive (although has slowed since the GFC). The standard of living is markedly higher than that of 1970.

Although manufacturing share in the economy has fallen, manufacturing output hasn’t. The service sector has increased its share of the economy, and not surprisingly, provides higher wages, and better, cleaner and safer environments.

You seem to have a real bee in your bonnet about protectionism lately. I think this is more an ideological obsession rather than rational thinking. Add in some union bashing and i start to think i’m reading The Australian.

Bernard, my lifetime spans the shift from ridiculously high tariffs to about none. In that time I have seen Australia go from a nation who could make bloody near anything to a nation who can make nothing of an industrial nature. I have seen the jobs for those who are suited and enjoyed outside work with machines and even just their muscles vanish. I have seen our fruit growers livelihoods swept away by cheap often subsidised imports. Those workers who were not classroom people have little or no future and those who had high level trade skills have become casuals who shoulder all the costs. Meanwhile the proportion of an average wage needed to feed a family and shelter them has skyrocketed. One wage used to do this. Sometimes 2 can’t. If you think this is an improvement for the folks in the street, then you need a “Bex, a cuppa and a good lie down”. My dad might have called you a galoot. Everyone also used to know what that meant.

Norm
Reply to  old greybearded one