Aussie tourists arrested for ‘breaching the peace’ in budgie smugglers

Tony Abbott is not believed to have been part of the group.

Nine Australian men are spending a few days locked up in Malaysia, wishing they could have the luxury of drinking champagne out of a shoe after being remanded for stripping down to their smalls after the Malaysian Grand Prix on Sunday. The Australians decided to celebrate Aussie Daniel Ricciardo’s win by taking off their clothes to reveal a matching set of budgie smugglers decorated with the Malaysian flag. The New Strait Times reports that they are being investigated “for intentional insult with intent to provoke a breach of the peace”. The website, which is government-controlled, blurred the image of the men’s swimmers to protect the sensitivities of readers: 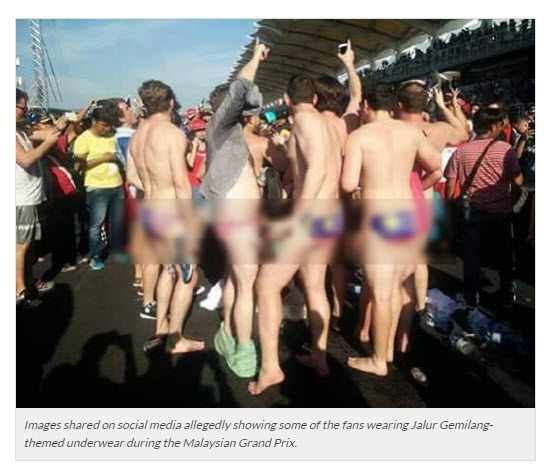 One of the men arrested is Jack Walker, a staffer to senior government minister Christopher Pyne. By the look of his Instagram, choosing sport-themed budgie smugglers has long been a habit. He posted this image of Wallabies swimmers last year: 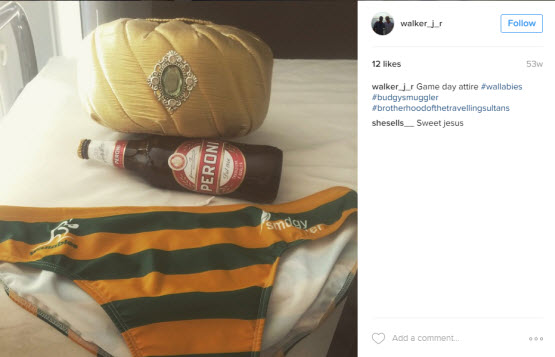