"Sportsball" is incorrect. Let's clear that one up right away.

Around the country this weekend, many of us will be cranking up the barbecues, switching on the television, and yelling at muscly men in small shorts as they kick/throw/handball a ball around for a few hours.

For many of us, this is the culmination of months of cheering, of closely following the highs and lows of our teams and waiting until the two best teams of the league were the only ones left.

Of course, I concede that for many others, the two major sporting fixtures of this weekend mean absolutely nothing. But for the sake of being social, many of those who think the Sharks are taking on the Bulldogs this weekend will nevertheless turn up to a pub or stand in someone’s backyard and drink beers while feeling very confused by what they’re watching. To help you out, here are a few phrases to get you through an AFL grand final barbecue:

“Do you think Buddy will kick a bag today?”

Bring this one out early, as it will become obvious pretty soon whether or not Lance “Buddy” Franklin kicks a bag of goals or not (he almost definitely will). 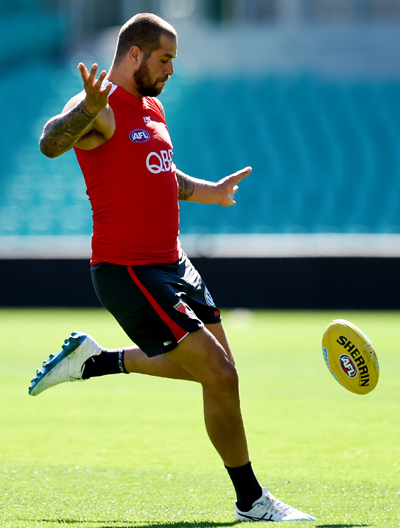 This is an easy one and if you know what team your interlocutor supports, try and use a player from their team. Swans fans don’t care who is missing from the Doggies and vice versa. 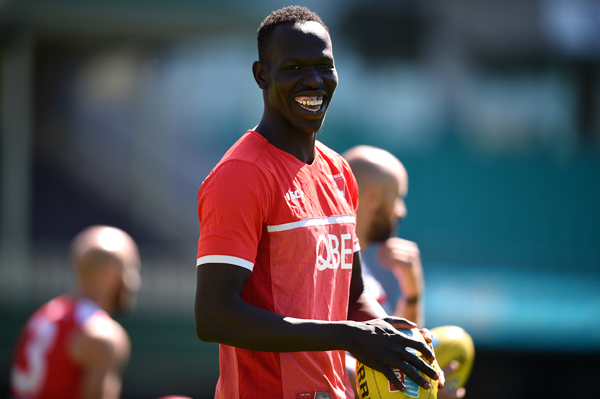 “It’s a scandal about the tickets for the grand final, isn’t it?”

If you drop this one into conversation, pay attention to the reply. The scandals when it comes to tickets to the grand final are many — the lack of availability for fans of the competing clubs, the failure of ticketing websites to keep up with demand earlier in the week.

“Chewy on your boot!”

This is what we say as opposing players line up to kick for goal. It basically means that you wish they had chewing gum on their shoe, causing them to miss the shot.

“Well at least the music is better than Meatloaf!” 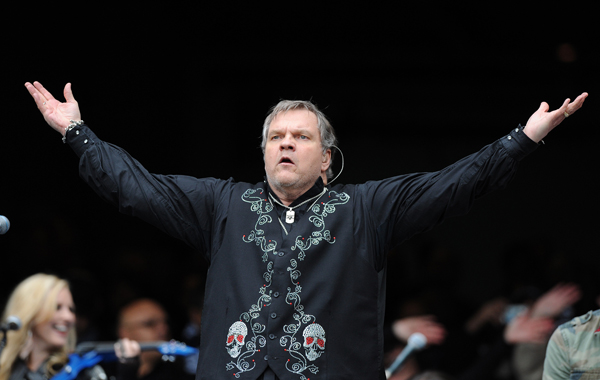 We haven’t even seen what Sting, The Living End or Vance Joy have to offer yet, but there’s no way it could be worse than what Meatloaf served up in 2011.

And when it comes to an NRL function, well, I’ve got nothing to help you there. If anyone has any suggestions for me to fake my way through during Sunday’s match between the Cronulla Sharks and the Melbourne Storm, let us know in the comments. 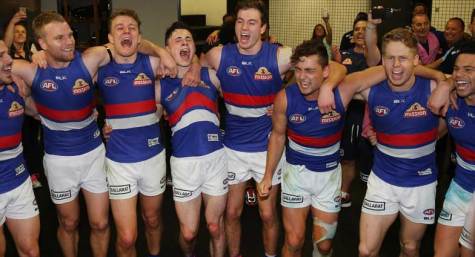 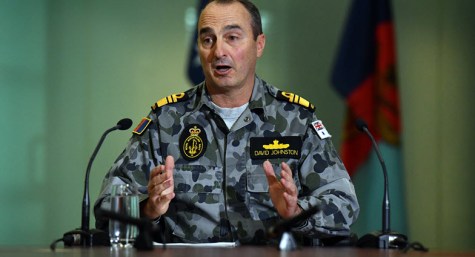 Taking out the trash: the bad news released under the cloak of the grand finals 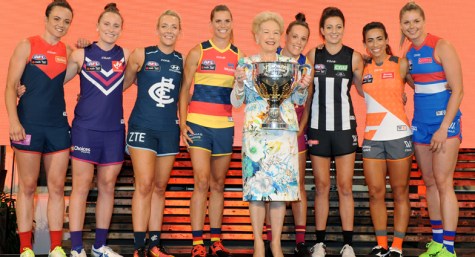 Why the AFLW matters, and not just to women

That’s how I always give myself away an AFL supporter – by calling the referees “umpires”! I’ll try and remember that on Sunday

No idea about AFL but NRL the other one apart from grousing about forward passes and laying all over the tackled player:

– “chicken wing!” — If it’s the Melbourne Storm doing the tackling, complain about them engaging in “wrestle” (putting wrestling moves on the tackled player – watch for the guys in purple & yellow twisting the arms legs and necks of the players in sky blue & black)

– “get ’em onside!” … “that’s not ten metres!” etc – At each new attempt to play the ball the defending team has to retreat back ten metres – the referee will stand back where he judges the ten metres to be and the defenders must have at least one of their feet behind him.

– “off side!” – When the ball is kicked all the players of the kicking side have to be behind the kicker to be on side.

– “penalise ’em don’t coach ’em!” – You’ll hear in the audio the referees telling offside defending players to stay out of the play.

– “knock on! knock on!” – The team with the ball have dropped the ball in a forward direction and it has touched the ground (or the other team). Similar to a forward pass but usually accidental. This results in them surrendering possession to the other team (usually via the mechanism of the “scrum” which in rugby league is a bit of a joke (not contested)).

– “dig a hole!” – An opposition player is injured and you are expressing contempt, also impatience at the hold up.

– Always complain voraciously about time wasting at restarts if it’s not your team.

– “c’mon touchie!” – Always load this up with maximum contempt. The touch judges, or “touchies”, are the two referees who police the two side lines (the long straight boundaries at the end of the field). As well as reporting when the ball, or the player touching the ball, has left the field of play they can also advise the referee on things like forward passes, knock ons, foul play etc. They almost never do even when it happens two metres right in front of them.

– Be attentive during video replays of possible tries. People in the room invested in the game may shush you if you attempt to talk. This is an important point of the game (unless it’s 28-nil in the second half or something like that). Look for places where the try scorer has not grounded the ball cleanly (he cannot lose possession of the ball). Ball groundings for tries after kicks are particularly critical (and see also “off side!” above). If you’re not sure, just vocally demand the result go the way of whatever team you are supporting – find error everywhere that supports your team. The “bunker” will get it hopelessly wrong anyway.

Similarly, the try line is part of the in-goal area, so grounding the ball on the try line is a try, even if it’s just one blade of white grass that touches the ball (see comments about video ref above). But the dead-ball line (ten metres past the try line) is dead (i.e. out of bounds). This includes the line itself.

Oh, a note for Melbournites. Melbourne Storm are an entirely corporate team created by Rupert Murdoch. They are soul-less robots, good at what they do, but lacking all humanity. On the other hand, the Cronulla-Sutherland Sharks, are slightly more “traditional”, having entered the competition in the 60s. They have never won a premiership (they drew with Manly once and got thrashed in the replay). Although I support neither team, and despite the horrific Scott Morrison being a big Sharks fan, they are still the sentimental favorites. So if you are in a Melbourne party and want to look like you’re remotely in-tune with the game and tenor of the times, back the Sharkies.

Oh wow this is amazing. I am going to study this very carefully over the next few hours and then I may be able to fool everyone into thinking I’ve been a rugby (or should I say league?) fan my whole life!

A good one for the NRL, which has the benefit of channeling Mack Horton, gold gold gold Aussie swimmer, is to refer (accurately) to Paul Gallen of the Sharks as Drug Cheat. As in, “Drug Cheat will be in the ear of the ref all day, waddayareckon?”