Insiders and outsiders. At the QT Canberra on Monday: Laurie Oakes lunching with Liberal pollster Mark Textor and another guest our tipster couldn’t ID. The hotel was rather bustling, being the venue for the second annual Junket conference, organised by the youth-focused Junkee website. Earlier that morning, a group of disaffected young political outsiders (including candidate for Warringah and former Australian Idol host James Mathison) had, in a session on how to “fix” democracy, decided to start a new political party.

Reporter who missed “died of shame” story now a councillor. Mitchell Nadin, the Australian cadet who was in the room when Alan Jones said that Julia Gillard’s father had died of shame but didn’t tell his editors until The Daily Telegraph had broken the story, is now a local councillor in regional New South Wales.

Nadin was a cadet for The Australian in 2012 when controversial broadcaster Alan Jones told a fundraising dinner for the Sydney Young Liberals that Gillard’s father had died of shame because of his daughter’s politics. At the time Media Watch reported that it was Nadin who told reporters at Fairfax that the event was “off the record” and that MC Simon Berger had asked journalists to declare themselves. A tipster has alerted us to Nadin’s new career in local government, where he is now representing the locals of Bega. Nadin’s campaign material says he grew up in the area and has recently returned and started a small business.

Labor candidate on Doyle’s ticket. Speaking of local council elections, almost everyone in Victoria seems to be taken by surprise that they will soon be expected to vote for the important people who are responsible for building approvals and fixing potholes, with elections coming up across the state in October. When it comes to Melbourne City Council, lord mayor Robert Doyle looks set to romp it in for a third term as top dog in the world’s most liveable city, but a tipster has pointed our attention towards those running on “Team Doyle”. Former adviser to Julia Gillard and secretary of the Victorian Labor Party Nicholas Reece is second on Doyle’s ticket, making an alliance that has surprised some. When Doyle first announced the team that would join him on his renewed push for Melbourne Town Hall, Reece told reporters that he had joined with former leader of the Victorian Liberal Party because Doyle was a “likeable Liberal”. “He’s just a nice guy and with council in particular you have got to be able to cut through the party politics, reach out to people and get things done,” Reece said.

ABC selling snake oil. The ABC has been in hot water recently for corporate sponsorship, with Crikey recently reporting on a yoga event to launch an ABC Classic FM podcast sponsored by luxury leggings company Lululemon. As reported by Crikey‘s Myriam Robin, the ABC is restricted from advertising on its broadcast channels, or abc.net.au, but live events and social media are different.

Meanwhile, we’re starting to see the results of another partnership, with three organisations that have become partners of the foreign-targeted Australia Plus network. Monash University and Visit Melbourne have sponsored two recent posts: 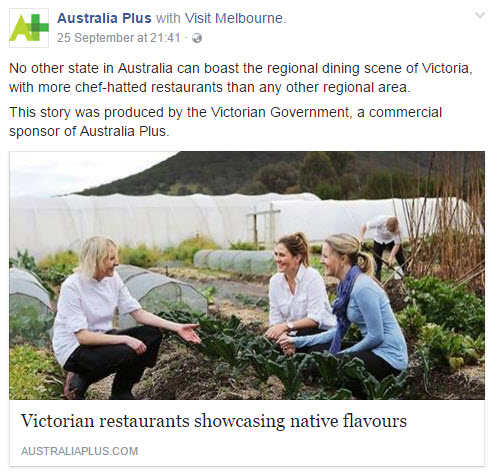 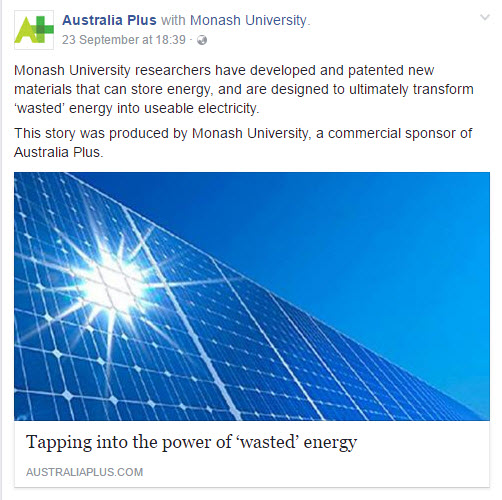 But this advertisement for Swisse, talking about curcumin, “the latest spice superstar”, has caught the attention of many. Is that what our national broadcaster should be spruiking? 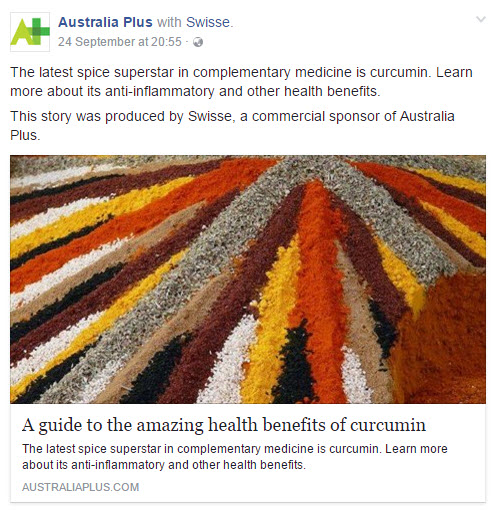 Kim Williams’ new venture. A video start-up chaired by former News Corp CEO Kim Williams has opened a $3 million funding round, as it seeks to expand its operations. VidCorp, a Melbourne-based start-up that offers internal communication platforms for companies, says it has undisclosed seed funding from Williams and from former tennis champion Lleyton Hewitt. Start-up insiders say the company won’t struggle to raise the $3 million it is asking for with big-name backers such as Williams and Hewitt, with the Hewitt name attached to quite a few tech investments. In what could be seen as a swipe at the head honchos he’s worked with in the media previously, VidCorp founder Ryan Berman told StartupSmart that Williams says his reliance on data sets him apart from other CEOs and chairs in the media:

“He is very much drawn to analytics. His biggest grudge with CEOs nowadays is that they make decisions with gut feelings and not data. Actually having the data surrounding this is critical and gives CEOs the ability to make informed decisions.”

Reporter who missed “died of shame” story now a councillor