The editor of Spectator Australia seems to only be seeing some of the vitriol being thrown around on the topic of same sex marriage.

Last night on The Bolt Report, editor of Spectator Australia Rowan Dean claimed that in the debate about legalising same-sex marriage, hate speech had only come from those on the Yes side. “So far the only hate speech we’ve really seen is coming from those on the side of gay marriage, of legalising it, who vilify Christians and others who are opposed to it,” he told Bolt. This came just hours after Greens Senator Janet Rice posted a screenshot of a man saying “you and your kind will not be allowed, nor tolerated to brainwash our kids and sexually groom them”. 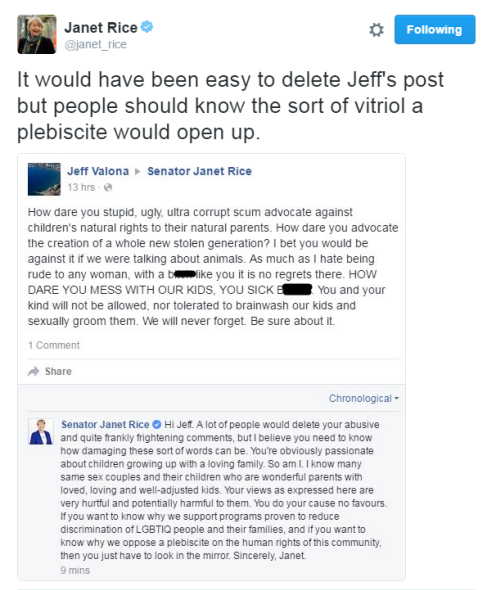