Sunday Night is trying to cash in on Nine's botched "child recovery" operation, but may need to check the photos it has on file.

Channel Seven’s Sunday Night is trying to come up with its own ratings gold out of the 60 Minutes Lebanon kidnapping saga, with an exclusive interview with Adam Whittington to talk about how the “child recovery expert” was abandoned by Nine in the aftermath of the botched kidnapping operation in Beirut. But Seven might need to check they’ve got the right man, using this image of Nine cameraman Ben Williamson in the promo uploaded to Sunday Night‘s Twitter account earlier today: 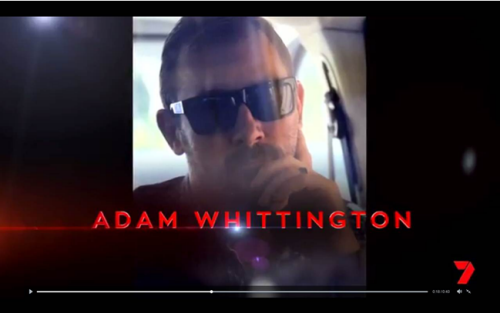 The image has since been changed to one that is actually Whittington. The interview airs on Sunday and will cover the time Whittington spent in a Lebanese jail after Nine’s employees and the children’s mother, Sally Faulkner, had been released. Seven says Whittington has not been paid for the interview.