Comet-lander Philae found (if only finding MH370 were as easy)

Philae was released from comet-orbiter Rosetta on November 12, 2014. It was never seen again -- until now.

That long-missing comet lander Philae (the first of its kind) has finally been found in a rocky alcove on the surface of 67P/Churyumov–Gerasimenko.

If only it were as easy to find missing flight MH370, which might be hidden among complex features thousands of metres under water in the sunless depths of the southern Indian Ocean.

The European Space Agency has published a detailed and illustrated account of the discovery of Philae, which comes as the “mother ship” for the Rosetta comet mission prepares to make a very slow-motion crash landing on the surface of 67P on September 30.

Philae was released from comet orbiter Rosetta on November 12, 2014, but although its touchdown was feather light, it bounced several times and eventually lodged in a very dark place.

Knowing exactly where Philae came to rest and how it is oriented on the surface will help scientists understand the limited data and photos the lander sent back before its batteries failed. It had been intended to work for a month at least using power captured by its solar panels.

The Rosetta mission revealed that comet 67P, which orbits the sun more than 10 times as frequently as Halleys Comet, is anything but the pristine giant cosmic snowball — supposedly unchanged dating back to the beginnings of the solar system — as too many commentators had claimed.

It didn’t contain pristine water molecules like those that made Earth’s oceans. It had a rock-hard surface in places, similar in texture to granite, and exhibited a whole range of characteristics that made it incompatible with many last-century assumptions about what comets really are.

Like most space missions, Rosetta generated far more new questions than answers, but has helped put research into the natural history of the solar system onto a much firmer footing than before.

And in other space news, NASA’s Juno spacecraft has sent back images of Jupiter that reveal the solar system’s largest planet looking very different in some respects than had been expected. 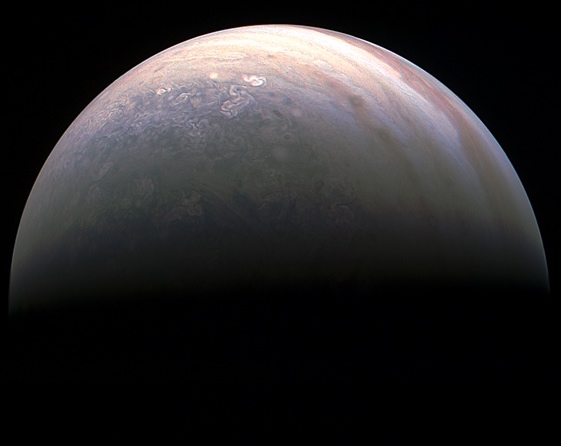 The very closest images proved visually blank, as the probe happened to find itself over what looked like a vast featureless fog bank at that point on August 27, but as it arced lower toward Jupiter’s equatorial zones it captured intricate atmospheric features unlike anything that had been envisaged.

“It didn’t contain pristine water molecules like those that made Earth’s oceans.”
Photos of the surface show what look like flows of sediment with small erosion gullies. How could a very low gravity comet with almost zero atmosphere keep a fluid for long enough to form erosion gullies?

Sayonara Ben. It has, for almost four decades, been a pleasure to read your ‘stuff’. And the nonsense; even some of the commentary has earned high praise. Alas, my time as a ‘Sandilands’ reader has now, regrettably, come to an end. The large ‘Red’ square, the endless, mindless barriers and constant stream of unsolicited emails to ’my’ email, preclude my continued enjoyment of your articles. It’s you or them mate; sorry, too much. There’s more I could write; however……It may well be legal- but, enough is enough.