The Liberal Senator has posted a photo online of the most fancy wooden spoon we have ever seen.

With the AFL home and away season over, offices and households around the country are dishing out the spoils to the winners and losers of tipping competitions. Senator Cory Bernardi posted on Twitter that he had won “yet another last place in office footy tipping Comp. Bedazzled wooden spoon and CFC tissues to cry into. Priceless.” The decorated wooden spoon really is a glorious prize, but Ms Tips wonders if maybe tipping his beloved Blues was what tripped the South Australian Senator up in the competition. Tipping with one’s heart is not a successful technique, as has been learned the hard way in the Crikey bunker. 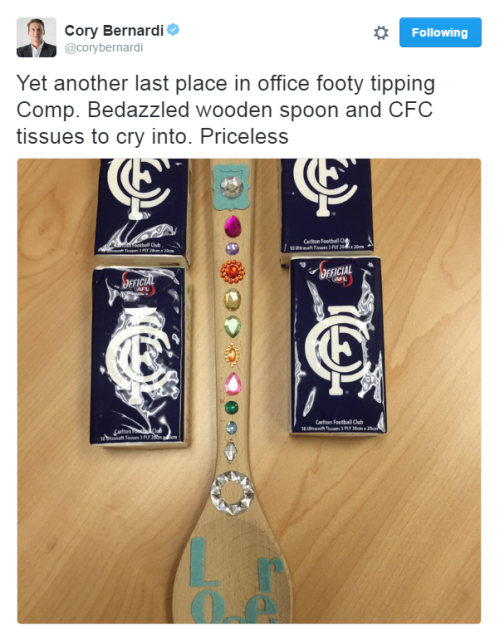 How conservative MPs are trying to undermine abortion rights

In a tipping competition it is just as difficult to come last as to come first – you have to consistently get it wrong. Seems appropriate for our Corey.