Daniel Andrews thanks his lucky stars for the Olympics. Plus other media tidbits of the day.

Thank god for good news stories. Victoria’s Parliament is back in session after an unusually long winter break, and for Premier Dan Andrews, it’s been a few days of, well, let’s just say bad optics.

On Tuesday, the Herald Sun splashed with news Andrews’ industrial relations adviser John-Paul Blandthorn was so concerned with the behaviour of United Firefighters Union boss Peter Marshall towards Labor MP Jane Garratt that he warned the Premier in writing. According to journalist James Campbell, he has had the documents for three weeks — maybe he’d been waiting for Parliament to resume to ensure they most damage. By Tuesday afternoon, a fiery caucus meeting led Garrett to go public with her complaints in an extraordinary statement, in which she went public with shocking claims about Marshall’s conduct towards her (including that he “threatened to put an axe in my head”). Marshall enjoys Andrew’s support in his battle against the CFA.

The papers have been quick to highlight Andrews’ role in the whole mess, so, it’s been a bad few days for Victoria’s usually popular Premier. Luckily for him, he had a bit of easy publicity yesterday, greeting Victoria’s returning Olympians. His office put together this video to mark the occasion, which features the Premier almost more than it does any athletes … 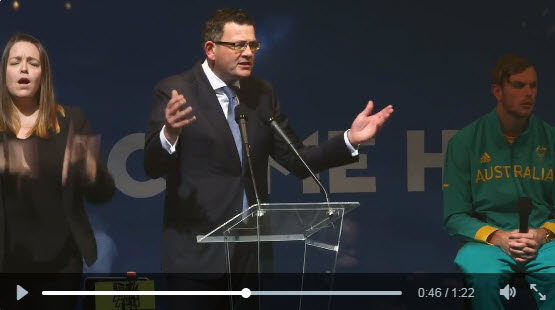 All rights to all Olympic events coverage is of course still primarily held by the Seven Network, who did a live broadcast of the homecoming. For everyone else — Channels Nine, Seven and the ABC — the Premier’s Department instructions that saw them taken to a fixed position, where they were told to stay. Some TV journos were wryly remarking yesterday that the restrictions didn’t seem to apply to the Premier’s own cameras. Oh well — guess he needs the good press right now. — Myriam Robin

On the other hand, closer to home, Fairfax’s typos continue to amuse. One imagines The Examiner’s newsroom is cringing this morning (hint: it’s “Launceston”) … 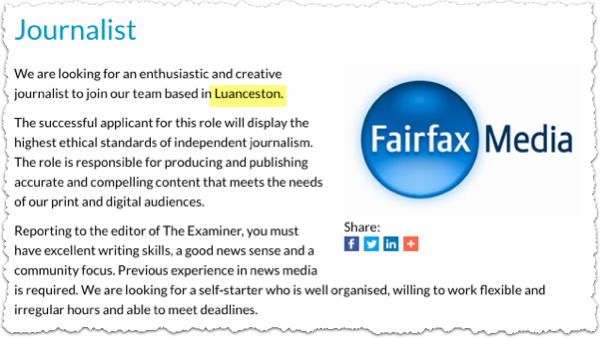 Ad-blocking blocked. Good news for consumers, bad news for mobile phone companies from the new, updated net neutrality rules from European telecommunications regulators, which have effectively knocked on the head emerging plans by the mobile telcos to black ads on their networks. Groups like Facebook, Google, Yahoo etc will be happy, as will be advertisers generally, although individual consumers will still be able to use ad blocking software.

Guidelines published by the Body of European Regulators for Electronic Communications (BEREC) this week advised local telecoms regulators in EU countries (including Ofcom in Brexiting Britain) that while consumers should be allowed to install “ad blocking” apps on their phones, network-level blocking should be prohibited. A clause buried in BEREC’s “net neutrality” guidelines stated that telecoms companies “should not block, slow down, alter, restrict, interfere with, degrade or discriminate advertising when providing an IAS (internet access service)”.

One group who will be very pleased is traditional print media companies, plus advertising, marketing groups and their clients. The Financial Times commented this morning: “The advent of ad-blocking technology has set the telecoms and publishing worlds apart. The technology threatens to erode the revenue of media businesses that spend billions on mobile advertising.”

But print media and ad companies still have to battle a greater immediate problem: individual consumers using ad blocking on their mobiles. At the moment ad-blocking software is more prevalent on laptops and PCs, and while it is growing on smartphones, it is more used in markets like China and parts of Europe than Australia and the US. That has led some mobile phone companies to consider implementing a network-wide block on adverts to appeal to customers sick of invasive marketing that eats into their data allowance. — Glenn Dyer

TV Ratings. Another night of differing results from metro and regional markets. In the metros Seven won a narrow race in total people, Nine won narrowly in the main channels. But in the regions, Seven was a big winner in total people and the main channels. Ten had some very sweet younger demos with The Bachelor and the fading Offspring. Nine also scored some nice demos with The Block and Married At First Sight (and 25 to 54s).

Seven had the oldies with Border Security and The Force, especially in the regions where both programs — plus solid figures for the weakeningDurrells, The Chase Australia and Home and Away again bolstered weaker metro figures (proportionately). Seven News from 6 to 7 pm again topped the metro and regional markets, while Nine News was a bit weaker last night.

Offspring is a prime example: its metro audience last night was 638,000, while its regional audience was just 232,000. It is dying slowly on air and this is why Ten is now flogging next week’s episode with the tag line, “Secrets, Lies and Betrayal”. It sounds very “Jumping The Shark” based on a dinner party where all sorts of admissions emerge. Very soapy and very much The Young and The Restless.

Video of the day. Get excited for the Paralympics … 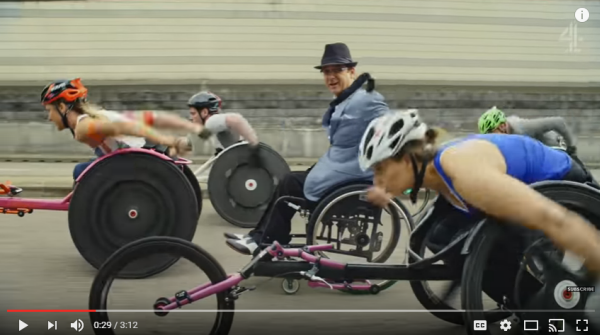