Midwinter Ball: a night of roasts and mistimed revelry

When is a Midwinter Ball not a Midwinter Ball? When the Prime Minister calls an election for July 2 with a marathon eight-week campaign, that’s when. The ball is usually held in the third week of June but was postponed until last night. The country’s most senior politicians, political journos and news bosses, along with staffers and partners, frocked up and danced the night away in Parliament House’s Great Hall to raise money for charity and let their hair down. 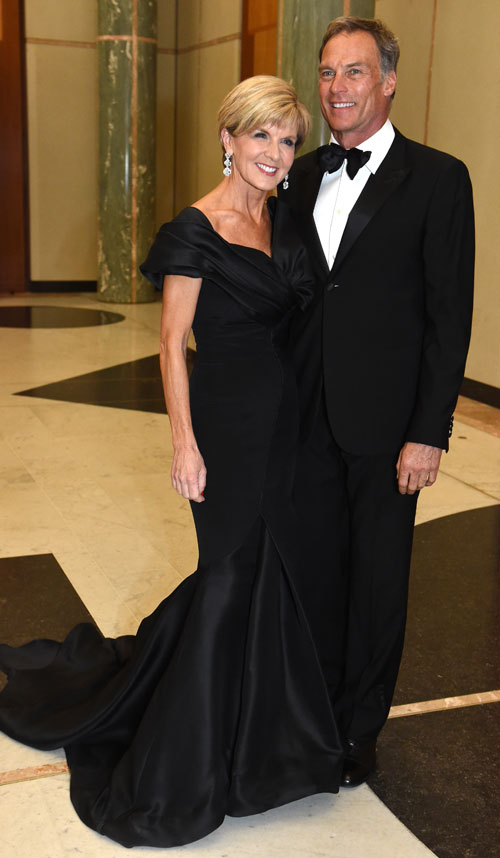 The fashion stakes were high this year, with Foreign Minister Julie Bishop broadly judged best dressed in a black floor-length number with a train by Australian designer Rachel Gilbert, while Lucy Turnbull and Chloe Shorten also pushed the glam factor to 11. Jacqui Lambie told Fairfax her dress was locally sourced in Burnie at a “dress shop”, and after teasing the Twittersphere with her mystery date, turned up on the arm of her new Senate colleague Derryn Hinch. Hinch flouted the dress code, opting to forgo the tie and accessorise his open collar with a red scarf to match Lambie’s frock. One source tells us that the men’s fashion left much to be desired, with many attendees failing to understand the difference between a business suit and a formal suit, or how to tie a bow tie. Maybe next year there should be classes. 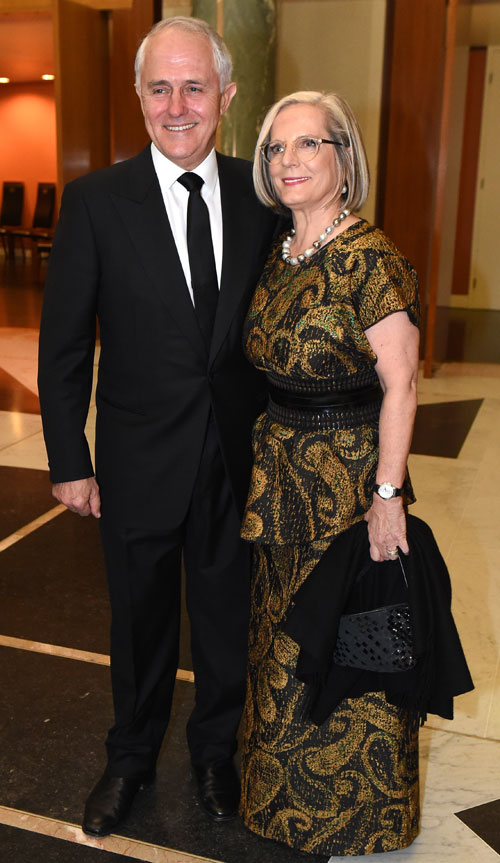 JBish added photos of her outfit to her Snapchat story, but unfortunately she didn’t return to the social media platform later in the night, with no dance floor snaps featuring on her story.

Pauline Hanson was there, despite only being in the job for a week, but she wasn’t there as the guest of any media outlet, sitting at the general tables towards the back. Former chief of staff to Tony Abbott Peta Credlin was there with her husband Brian Loughnane, this time on the Sky News table with her fellow commentators. Abbott himself was nowhere to be seen, shunning the night of revelry. 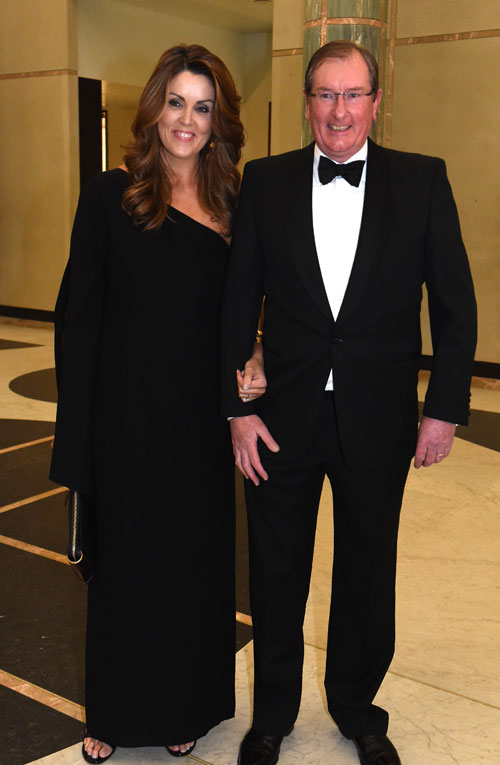 Our sources say that Malcolm Turnbull performed well in his first Midwinter Ball outing as Prime Minister. Traditionally, both the prime minster and opposition leader make speeches that are off the record, making digs at both the opposition and themselves. We understand that the Australian Bureau of Statistics, Sam Dastyari and BuzzFeed‘s Mark Di Stefano found themselves the butt of many well-received jokes from both sides.

Once again there were jokes comparing different politicians to House of Cards‘ Frank Underwood, a comparison it seems the PM enjoys (we’re not sure what to make of that). A video montage of pollies dancing revealed that Christian Porter has dancing skills we did not previously know about.

The festivities were hosted by former president of the press gallery David Speers and current president Andrew Meares, and the two were given a positive review in their second year in hosting duties. There were many jokes about Sky News’ low audience numbers, from both Meares and Bill Shorten.

After star Jessica Mauboy last year, this year’s musical entertainment was Samantha Jade and “Cyrus”, who we are told is from The X Factor or one of the other talent shows. More recognisable to the audience was the Australian Financial Review‘s political editor Laura Tingle, who appeared as part of the Canberra Choral Society, singing a version of the Hallelujah chorus with some choice adaptations to the lyrics — although they appeared to miss their cue from Spearsy’n’Mearsy, who were left padding about the pending choral surprise.

Many kicked on at Public Bar after the official end of the evening at Parliament, with new Liberal MP Trent Zimmerman seen outlasting many of his colleagues, a top effort considering he has laryngitis.

If you see any MPs or senators fall asleep in Parliament today, you know why.

If — and it's still a big if — Facebook carries out its threat, it will hurt Australians much more than it will hurt itself.

So glad that they enjoyed themselves. Now if they’d only get their collectives arses into gear.