What happens when you give your story to one outlet but it is published in another? Plus other media tidbits of the day.

Caught in the crossfire. It’s an unfortunate truth of journalism that if you tell a story to one outlet, their competitors will probably not want to cover it. But how often do members of the public know that?

Hayley Hocking keeps a public profile page campaigning on mental health after her brother’s suicide earlier this year. In a post from yesterday, Hocking says she was contacted by weekly mag Take 5, who were interested in printing her story. After a brief chat, she was told she would be contacted again. She was then contacted by That’s Life, a competitor, with whom she had a long discussion. The journalist at That’s Life read back the piece she’d composed on Hocking, and Hocking was looking forward to it running in the September edition.

A few days later though, she got a call back from That’s Life, who wanted to know why Hocking’s story had appeared in Take 5 in a double-page spread.

“They had printed my story. No read back, just bang printed. After that short conversation and I’d heard nothing after that …

“I can now not have my story printed in That’s Life, which i am really shattered about. There are so many massive holes in this story and so many added in, made up parts. I understand there is always some mayo added to media stories and it seems like this story was no different.”

TV ratings. As suspected, Zumbo’s Just Desserts just doesn’t do it for Australian TV viewers in the numbers that Seven thought it would. It is too sugary and too studio-based, and not enough home contests like My Kitchen Rules, which is clearly the most watched part of that program. Seven didn’t want it to look too much like a clone of MKR, but Just Desserts is like any other studio cooking show.

But it is not an Australian Survivor which is still clinging to the ratings life raft, over on Ten, but the seas are rough. The Block is sitting in the middle of that raft with viewers busily paddling it towards a successful end of the season. As a result, Nine was an easy winner in the metros last night, but just the metros. In the regions, Seven had a solid win, while the ABC was in third, just ahead of Ten. In the metros, the ABC was a clear third in both total people and the main channels and that was down to the weakness of Australian Survivor because for another Monday night, Ten’s Have You Been Paying Attention (which follows Survivor) had more viewers with 1.006 million nationally.

Australian Survivor averaged 880,000 national viewers ( 677,000 metro and 203,000 regional). Not good enough. Even Zumbo’s Just Desserts managed to stay above the 1 million mark nationally (1.170 million, with 769,000 metro and 395,000 regional viewers, who are helping keep the program alive, as they are doing for Home and Away). Survivor was a weak fourth last night in the metros and nationally and regionally). It backs up tonight for Ten, and that will make for another tough night.

Nine’s The Block was the most watched non-news program in the metros with 932,000 viewers. Nationally it had 1.304 million for 70 minutes (why Nine won the metros last night), just behind Seven’s Home and Away with 1.316 million (over 30 minutes). 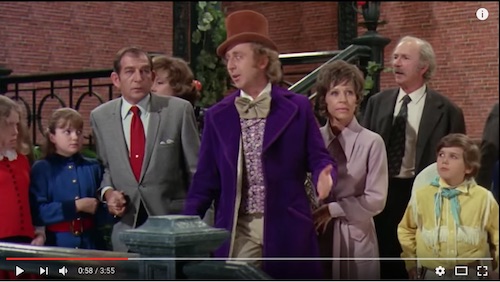 There are so many joys to remember when thinking of Gene Wilder.
But my favorite is still his performance in The Little Prince.
“It’s only with the heart that one can see clearly. What’s essential is invisible to the eye.” Just magical. RIP.
https://is.gd/JjP2vU

“Young Frankenstein” for me, mania, pathos, compassion whilst being fartingly funny.