Kennett cooked. Former Victorian Premier and chairman of Beyondblue Jeff Kennett continues to find his foot permanently residing in his mouth. In a speech at a Property Council lunch in Tasmania earlier this week where he continued his ongoing battle to get rid of one of the levels of government, Kennett quipped that he was surprised that Brighton mayor Barbara Curran — who had been a critic of Kennett’s amalgamation policies — wasn’t at the lunch and “must have something cooking on the stove”.

In response to the remarks, Brighton Council said that Curran was “attending a two-day Australia Post business conference in Melbourne” and was represented at the lunch by another councillor and management from the council.

“The council sees it as very poor form for Mr Kennett to speak of Cr Curran in such a condescending way.”

According to the local paper, The Mercury, when asked about his comments, Kennett said he was simply trying to figure out why Curran wasn’t there.

Somewhere, an exhausted worker is resetting the “days since Kennett said something stupid” counter back to zero.

CensusFail leads to crowdfunding win. One of the more frustrating parts of the whole CensusFail saga was that on the night of the census, when the ABS knew it had taken the site down to prevent what it thought was a potential data breach, the Twitter account @ABSCensus continued to do its best Iraqi information minister impression and said everything was just fine and people should keep trying.

There were many freedom of information requests filed after the massive bungling of the census. One man, William Summers, filed an FOI request with the ABS to see what, if any, strategy the ABS had for social media communication during the CensusFail and where it all went wrong. The ABS came back to him with a claim that someone just processing all the emails and other documents sent on the night of the census in the communications team would take 61 hours, including 20 hours to find the emails and 41 hours to make a decision on what could be released. For that, Summers would be expected to pay $1020.

Undeterred, Summers decided to crowdfund the application costs, and as of this morning has raised the $1020 required to get the ABS to process the request. We all wait with bated breath for the ABS’s response.

Third time unlucky. First far-right LNP MP George Christensen blamed Islam for an attack in Merrylands that had nothing to do with Islamic extremism, then he claimed he was justified because a shooting attack in Munich, Germany, a day later proved his point about radical Islam, despite police saying at the time there was little evidence to link the born-and-raised local with Islamic State. Yesterday, a British backpacker was murdered in a hostel in Christensen’s electorate allegedly by a French national who was reported to have shouted about Allah during the stabbing. Christensen again used this crime in a Facebook post to call for tighter border controls.

The Queensland Police Service yesterday then said the incident was “not about race or religion, it’s about individual criminal behaviour” and there was no ongoing threat as a result of the attack. Today the police said “there was no evidence of radicalisation”. On an unrelated note, Ms Tips thinks, personally, an investigation is warranted into the muppets Christensen is associating with. 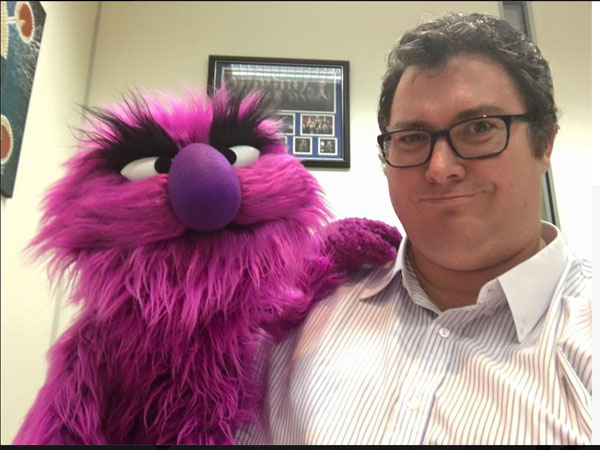 Segregation at QUT? Queensland University of Technology is currently the poster child of the right in its argument to reform section 18C of the Racial Discrimination Act because that section of the act is being used by a former QUT staffer against three students for a 2013 incident involving a computer lab for indigenous students. 2GB’s Alan Jones this morning pleaded with Prime Minister Malcolm Turnbull to reform the act given its impact on the three students facing a court battle (and a possible $250,000 bill for compensation), but the PM has said the government has bigger priorities for now.

It’s probably no surprise that all the attention is apparently causing divide among the student population. A tipster tells us that some green benches on a QUT campus were vandalised with stickers made to look like official QUT branding, stating one bench was for “WHITE STUDENTS ONLY” and the other stating “ATSI STUDENTS ONLY”. A spokesperson for QUT said that the university was unaware of the stickers but said that they weren’t authorised.

“QUT is not aware of racist stickers being displayed on the university’s property and would never authorise the posting of such material. Any posted material of this kind would be removed.”

Got milk? Ahead of today’s forum, if Malcolm Turnbull, Barnaby Joyce and the board of Murray Goulburn would care to look across the Tasman, they would find some very unexpectedly good news — a price rise for Kiwi dairy farmers, whose plight is worse collectively than anything seen in the wake of those price cuts here from Murray Goulburn and Fonterra.

Yes, the same Fonterra that eventually faced up to reality and cut its Australian milk price to its farmer suppliers has boosted its NZ farm gate price by 50 cents NZ to NZ$4.75 a kilo of milk solids. It is the first increase in 11 months and follows the last two global auctions conducted by Fonterra, which resulted in a 28.8% jump in the price of whole milk powder (NZ’s main dairy export). Fonterra has already made a 10 cents a litre advance payment to its farmers in NZ, and with the expected earnings per share of 50 to 60 NZ cents, the gross return to farmers will be around NZ$5.25 to NZ$5.35, just above the suggested break-even point of NZ$5.15 a kilo of milk solids. That will deliver around $NZ1 billion to the Kiwi economy if sustained over the next year. There’s another auction due next Tuesday, and economists say they expect the farm gate price to reach NZ$6 a kilo of milk solids by early 2017. The rest of the price won’t reach Kiwi farmers until October 2017, so the financial pressures remains intense. The same economists caution that after rising in September 2015 milk prices fell sharply, triggering this year’s squeeze. But with global production now falling, the outlook appears more positive this year. So when will Fonterra lift its Australian price from the opening quote (for 2016-17) of A$4.75 per kilo of milk solids? Murray Goulburn retrospectively cut its price to A$4.31. So with rising world prices, shouldn’t both be following the move by Fonterra in NZ?

And, by the way, the problems seem to involve only Fonterra in Australia and Murray Goulburn and their suppliers. Smaller NSW dairy rival Bega Cheese (which Fonterra once had a 9% shareholding in) reported a solid 2015-16 profit and higher dividend yesterday, with chairman Barry Irvin rubbing it in by saying his company was proud it had “maintained its commitments to our dairy farmers while achieving strong revenue and profit growth”.

…. Who’s the hairy alien with Link Hogthrob (Captain of the Swinetrek)?

[email protected] has a point but it’s possible that Animal can at least teach Morriscum some manners & human decency.
Clearly nobody else has been able to do so.

It wasn’t just the Census twitter account, the website itself gave a message that the site is busy please try again in 15 minutes…. I tried to log onto the site about every ten minutes from about 2:20 am (when I finished unrelated work) until about 6:20 am, before giving up and going to bed, only to discover the following afternoon that the website had been disabled hours earlier.