School’s in for the new senators

Some of the new senators are remarkably media-shy.

It was billed as an opportunity to photograph and have a chat with new senators, with the media yesterday invited to drop in on a presentation by Senate president Stephen Parry for the new chums in a committee room at Parliament House. After the photography was over, however, few senators took up the opportunity to brave the media. Labor’s Pat Dodson — not strictly speaking new but newish — joined new NT colleague Malarndirri McCarthy to answer questions while Labor’s WA returnee, Louise Pratt, hovered nearby. Another newish face, James Paterson from the IPA branch of Victorian Liberals, happily mingled as well. As for the rest — no show. And especially not Pauline Hanson and her 10-point font Queensland off-sider Malcolm “climate change is an international banking conspiracy” Roberts. 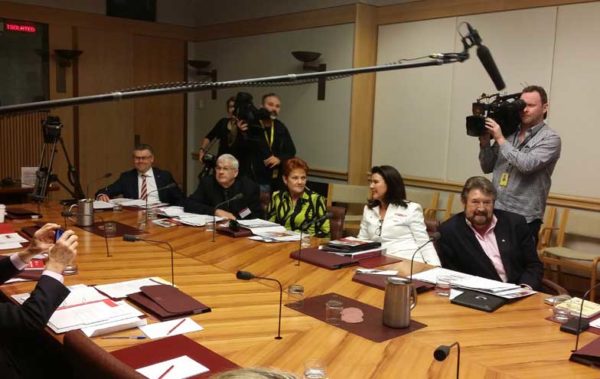