Will they be paid internships?

News Corp has hit upon a way to help the youth unemployment crisis: it’s offering free job ads to employers who intend to employ young people.

Curiously buried towards the back of yesterday’s Daily Telegraph was this full-page call to arms from none other than News Corp Australia CEO Michael Miller.

“We’re kick starting the $500 jobs in 50 days campaign by allocating $1 million in advertising space to jobs for young people. We are also putting some skin in the game by providing 250 young Australians with internships at News Corp Australia.”

The ad doesn’t mention if those 250 internships are paid or not. 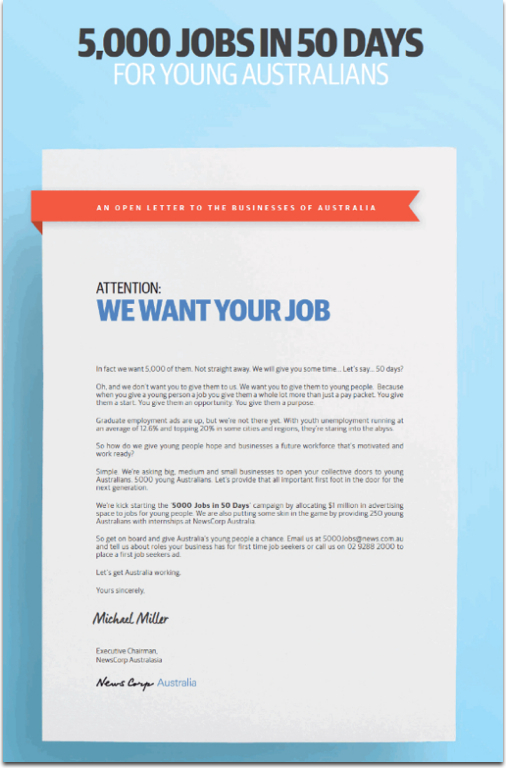