Beware of lesbians in elevators.

The Christian Democratic Party (Fred Nile’s mob) held its national conference in north-west Sydney over the weekend, hearing from everybody’s favourite anti-gay spokespeople — including the Australian Christian Lobby’s Lyle Shelton and Archbishop of Hobart Julian Porteous, the one behind the “Don’t Mess with Marriage” booklet. Porteous reportedly described same-sex marriage as an “oxymoron” (his birthday was in June, but if you missed it, a dictionary might make a nice gift).

One interesting tidbit from the agenda was the screening of a 55-minute film made by New Zealand evangelical Ray Comfort called Audacity. It is a fictional film about how hard it is to be a Christian today. The main character, Peter, has a nightmare in which he is in an elevator with a lesbian couple about to be married, but he thinks twice about taking out his Bible in front of them. Spoiler: the lesbians fall to their deaths in an elevator because Peter didn’t wait around to tell them it was broken. How are those things related? It’s hard to say.

The film is interspersed with some bizarre vox pops of Comfort asking LGBTI people on the street to conflate homosexuality with adultery and fornication.

You can read a full review of the flick here. Ms Tips attempted to watch the film over the weekend (you can view it on YouTube), but only got about halfway through. 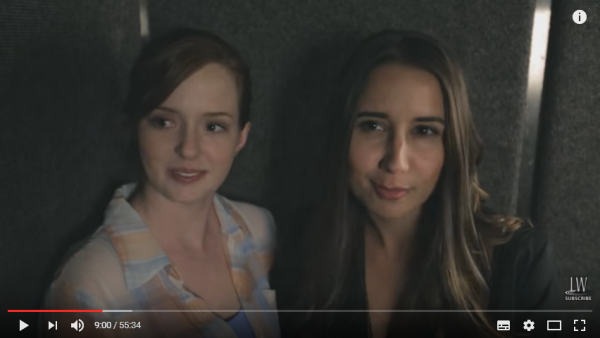