Life after Canberra: where do MPs go once they’re voted out?

To the big taxpayer-subsidised helicopter in the sky?

While new members of parliament and senators are in the process of moving into their electorate and parliamentary offices, the weeks after the election have been a time of reflection and new horizons for those who have chosen to leave Parliament (or had the decision made for them by their party or by voters).

Former member for Indi Sophie Mirabella is doing public relations for mining magnate Gina Rinehart, while some former ministers have found work in the areas they were responsible for while in government. At the end of the 44th Parliament, an unusually large of MPs chose to resign. And the swing against the government — and purge of the Senate — left a long list of former elected representatives trying to find their way outside the Canberra bubble (well, some are staying in it, but more on that later).

This list is a work in progress, and we’ll add to it as we find out more about what pollies are doing in their lives out of the spotlight. You can help us — by emailing or sending a tip off — if you encounter a former MP in your business sphere (or if you are a former MP and want to give your new gig a plug).

MPs of the 44th Parliament and their new jobs

Former minister for small business Bruce Billson brought an incredible amount of enthusiasm to his portfolio and has brought that to his life after politics. Billson is now chair of the Franchise Council of Australia.

Former trade minister Andrew Robb has taken up a role on the board of Channel Ten, representing Gina Rinehart on the TV channel’s board. He’s also joined Moelis & Company, an investment bank, where it’s been reported that he will focus on doing deals with China. Robb was instrumental in pushing through Australia’s free trade deal with China, so he will have one-of-a-kind insight for the role. He’s also advising a healthcare start-up based in Geelong, called CNSDose.

After a marathon career in politics, and at the ripe old age of 72, former immigration minister and attorney-general Philip Ruddock hasn’t devoted himself completely to gardening or stamp collecting, but instead was appointed Special Envoy for Human Rights to the United Nations. When announcing the appointment, Foreign Affairs Minister Julie Bishop said: “As special envoy, Mr Ruddock will focus on advancing Australia’s human rights priorities of good governance, freedom of expression, gender equality, the rights of indigenous peoples, and national human rights institutions.” Ruddock’s job will involve campaigning for Australia to become a member of the UN Human Rights Council for the 2018-20 term.

After losing the seat of Eden-Monaro, key member of Malcolm Turnbull’s team of plotters Peter Hendy has found himself straight back in the halls of Parliament. Hendy has been employed as the Prime Minister’s chief economist. Hendy lost the seat of Eden-Monaro on July 2, ending the electorate’s bellwether status. His home in Queanbeyan was the location of a meeting where Turnbull supporters plotted and did the numbers before last year’s leadership spill.

After losing the seat of Mayo to his former staffer (and now the Nick Xenophon Team’s first lower house MP) Rebekha Sharkie, Jamie Briggs has set up shop as a business consultant. As reported in the Australian Financial Review, Briggs has set up Devonshire Advisory in Adelaide and expects to start work in September.

After announcing that she would not be seeking to continue her place in the Senate, former athlete and Labor senator Nova Peris was in contention for a senior role at the AFL, but she missed out on that gig to indigenous rights campaigner Tanya Hosch. Instead Peris has ended up with the Victorian government, on a 12-month contract with the Department of Health and Human Services to boost participation in sport among Aboriginal children.

She’s out of federal politics, but Alannah MacTiernan is not done with public service yet. The former Labor MP wants to return to her roots in Western Australian Parliament, running as the replacement for retiring North Metropolitan MLC Ken Travers.

The former assistant minister for innovation has landed himself a gig in fintech (financial services technology, for those allergic to startup scene jargon). He’s now an independent director of proposed fintech fund H2Ocean.

Muir’s returned to his roots (pun unintended) and bought a timber mill in East Gippsland. Canningvale Timber will be renamed Muir Timber as Ricky and his wife run the operation as a family business.

This list is a work in progress. If you know where the following MPs have ended up in their professional lives, let us know. 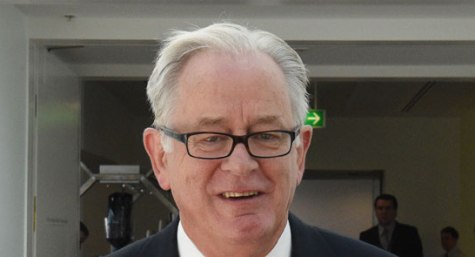 Luke Simpkins appears to still be in denial. His private webpage is still up referring to himself as the federal member for Cowan.

“Ruddock’s job will involve campaigning for Australia to become a member of the UN Human Rights Council for the 2018-20 term.”
He will need a success bonus for that one.

Proving, yet again, that truth is stranger than fiction.

So much for the patently ludicrous excuse that they need 1) indecent salaries and perks
2) Immediate access to super, all because they will be 3) burnt out and therefore 4) unable to find employment (real) in the “life-post-trough”..

And who really cares? Out of sight, out of mind…

But, but, but, Ewen Jones (Lib. Herbert) is not out yet is he? Aren’t we waiting for the standard 40 days and 40 nights for the Liberal Party to decide whether to go to the Court of Disputed Returns? Don’t tell me they’ve given up? Or has Ewen just told them, fuck it, I’m outa here.