Gawker has been snapped up. And other media tidbits of the day.

Univision buys bankrupt Gawker Media. US website Recode says Gawker Media has been bought at auction this week by Spanish media and TV group Univision for US$135 million. The bankruptcy auction was held on Tuesday and attracted only two bids, Univision and Ziff Davis (which started with a low-ball bid of US$90 million).

Gawker filed for Chapter 11 bankruptcy protection after wrestler Hulk Hogan won a US$140 million verdict from an invasion-of-privacy lawsuit against Gawker for posting a sex tape of Hogan.

US media reports say that most of Univision’s cash will go to Hogan. Gawker founder Nick Denton is responsible for paying US$10 million to the wrestler, and he and Gawker jointly owe US$115 million. A US bankruptcy court judge needs to approve the sale and when it is final, the funds will be set aside while Gawker appeals its court case; eventually the money will go to the side that wins.

Media assets include Gawker as well as Gizmodo, Lifehacker, Kotaku, Jalopnik, Deadspin and Jezebel. If the deal is done, these will be added to Univision’s stable, which includes the Spanish-language TV station, US satire website The Onion and African-American site The Root. Earlier this year Univision moved to assume full control of Fusion, a network and digital publisher aimed at millennials. Univision had started the business in partnership with Disney. — Glenn Dyer

Three amigos. NewsMediaWorks is holding its 2016 Future Forum in Sydney (at The Ivy) on Friday September 2, featuring a trio of heavy hitters from offshore whose most recent history amply equips them to talk about the future.

There’s Will Lewis, who runs the Dow Jones Company for News Corp and the Murdochs. He’s a bit of a digital whiz (and a former journo and editor at the Financial Times and the London Telegraph, as well as News UK). He is best known for leading the sorting out the News of the World phone-hacking scandal in Britain.

He oversaw by a group of people that founds and went through quite a lot of emails (many that were “lost”) and confirmed that the hacking did take place (those other News UK inquiries “failed” to find evidence). He joined News UK’s Management and Standards Commission (MSC) in February 2011, and left in May 2014 to take up the top gig at Dow Jones.

Another attendee is Blanche Sainsbury, the commercial director of major UK newspaper group Trinity Mirror. She can talk about much money the company lost in its ill-advised, poorly organised newspaper adventure in the UK this year called New Day, which lasted barely a month. Oh, and Trinity Mirror also has its own group of phone-hacking cases, which it is now fighting and settling in the UK. Trinity Mirror last week announced that it will start charging for its tablet edition of the Mirror’s weekday editions. She can share war stories with Lewis.

A third major speaker is Michael Cooke, editor of the Toronto Star. Last week Torstar terminated 52 employees, including journalists and others working on the tablet edition of the Star, which now seems to be no longer the bee’s knees so far as the Star’s digital future is concerned. Torstar had hired about 70 dedicated newsroom staff, including reporters, videographers, designers and graphic artists to work on the tablet, called  Star Touch.

As of Tuesday of this week, only 26 of those employees remain. Torstar spent a reported C$25 million getting the tablet off the ground last year and around C$10 million marketing it. But that is now being wound back. — Glenn Dyer

Video of the day. Peter Overton says there’s no way Kerry Packer, a proud supporter of 60 Minutes, is “turning in his grave” … 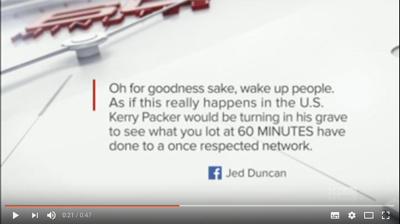 Front page of the day. Can you have multiple “Greatests”? In this case, yes. Yes, you can. 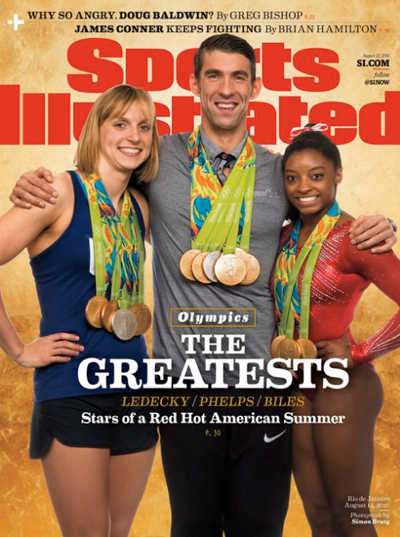