Oz backs greyhounds, News Corp backs Leak. This weekend, The Australian held a shindig to farewell Sydney chief of staff Stefanie Balogh. She’s back to the Canberra bureau, and what better way to send her off than a farewell at the Wentworth Racing Park, famous for its greyhound racing. The venue isn’t accidental — Ms Tips hears it was chosen by the editor as a private and cheeky tribute to the paper’s favourite working-class pastime.

For those who’ve read the Oz’s greyhound coverage carefully, it’s been amusing to note the many connections the paper’s senior scribes have to the industry. Hedley Thomas’ highly sceptical take on the greyhound ban from last month carries a disclaimer that he “contributed $1000 three years ago for a minority interest in a greyhound”. Much of Thomas’ family races greyhounds. And he’s not the only one. In his media column, which isn’t charitable towards the award-winning Four Corners report that indirectly led to the ban, former editor-in-chief Chris Mitchell noted that his brother-in-law “is involved in the greyhound industry on the NSW mid-north coast”. Both Mitchell and Thomas hail from Queensland — many in that bureau have strong ties to the industry.

While we’re on the topic of the Oz, Friday night was the annual News Corp journalism awards, where the company rewards its best from a field conveniently shorn of competition. News Corp’s best scribes do well enough in the open-entry journalism contests, but the awards are still useful for showcasing what the company’s editors value. In cartoons, Bill Leak’s baiting of progressives with a modicum of sensitivity won him the cartoonist of the year award — an award the paper illustrated on social media with a picture he drew lampooning his critics. Ms Tips’ spies (fine, it was Miranda Devine on Twitter) say he yelled “suck on that, Media Watch!” as he accepted his gong.

No dress rehearsal for census. The full gory detail of everything that went wrong with census 2016 will no doubt surface over the next few months as part of the investigation into how the Australian Bureau of Statistics bungled the whole thing, but Crikey has heard that about 12 months out from every census, the ABS holds a “dress rehearsal”, which is a large test of both the paper and online census to figure out what needs to be fine-tuned a year ahead of the actual date.

Instead a small-scale “self-enumerated test” involving sending out paper forms to a small number of households to test the reaction to the questions was done instead, which is strange considering the ABS was, at the time, boasting about saving $100 million by pushing more people to fill out their forms online. Some staff apparently raised concerns about cancelling the full test, but these concerns fell on deaf ears.

It’s not clear whether a full test would have flagged issues with load issues with the website, in any case. We asked the ABS about this on Friday, but received no response.

Media Diary is cooked. How many column inches can a desperate media diarist get out of a vegan sandwich press? And how much of the coverage of said vegan sandwich press is actually accurate? Today, The Australian‘s Media Diary went into great detail about the quest by The Age‘s Bhakthi Puvanenthiran and a group of “militant vegan Fairfax journalists” to get a vegan-only sandwich press in the lunchroom at Media House in Melbourne. But Puvanenthiran isn’t a vegan, and insiders tell us they’re not even sure if there are any vegans in the Fairfax newsroom in Melbourne. Puvanenthiran has since tweeted many photos of herself eating cheese — no veganism there. 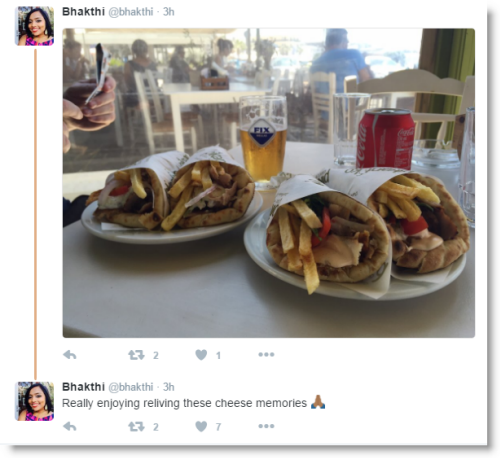 So where did the story come from? Ms Tips understands that some members of the office, believed to be employees of NBN Co — which rents space in Media House — were using the sandwich press to cook raw steaks and burgers, which was considered fairly gross by the rest of the office (Ms Tips agrees). The lunchroom barbecuers have been described as “fit-looking men” and following “paleo” diets, which is a program whose devotees only eat foods that humans would have eaten in the paleolithic era, such as supermarket-prepared hamburger, and avoid processed food and dairy. Word is, after a complaint was made to workplace services over the caveman food preparation, a vegan sandwich press was supplied without it being requested. So while Darren Davidson and Jake Mitchell used it as a chance to have a go at vegans, it’s the paleo bros causing all the fuss.

But maybe its briefings have been a little too successful. Over at The Daily Telegraph, Annette Sharp writes that Usher comes with “excellent news reading credentials”:

“He was once one of three candidates vying to replace the Network’s retiring news legend Brian Henderson. Mark Ferguson, then at Nine, eventually wedged out Peter Overton for Henderson’s weeknight chair but after jumping ship to Seven, Overton prevailed in the battle of two.”

And that, a tipster says, is highly, highly unlikely. For one thing, Sharp is wrong to say the gig went to Ferguson; it first went to Jim Waley for three years, before Ferguson took over in 2005. Overton didn’t take over until 2009. In fact, the way a tipster recalls it, it was a three-way race for the gig between Ferguson, Overton and Ian “Roscoe” Ross (Ross would defect to Seven a year after missing out on the gig).

“That 2002 decision watershed moment with momentous implications,” our tipster said. “So for Seven or even Usher himself to sleight of hand and mind try to suggest (via Sharp) that Usher was a contender for the Nine crown 14 years ago is … well, call in the hyperbole drug testers!”

As everyone realises, climate denialism is, basically, a refusal to acknowledge that gung ho kapitalizm kills planet with its ethos of the cancer cell, grow, baby, grown or drill, or dig or burn.
A similar conniption hits the bien pissants when it comes to diet – witness the bedwetting by the tory fan boys at Spiked over Monbiot’s latest piece about an uncarnivore lifestyle.