Census meltdown? Only in the Tele.

Heard about the debacle over the Australian census? What took place before the eyes of anyone with a social media account on Tuesday night became an exclusive in yesterday’s Daily Tele.

That’s from Page 5. On the front page, every single story was an exclusive except the census teaser. But the Tele topped the census yarn with a red splotch similar to that used on the other, actually exclusive stories. Maybe this caused some confusion … 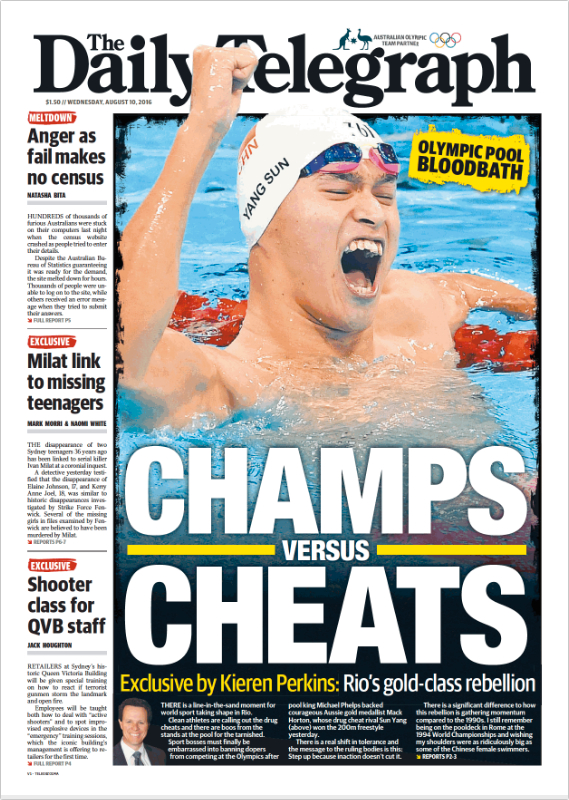 It hardly needs saying, but the story was in other papers. Even the Sydney Morning Herald got a detailed story about the problems in the paper, and their print deadlines are notoriously early.