Bernard Gaynor gets it wrong on Tassie

The conservative political candidate has called for a recount of the Senate vote in Tasmania, but he's got it all wrong.

Leader of the Australian Liberty Alliance Bernard Gaynor has called for a recount of the Senate votes in Tasmania, after the Greens’ Nick McKim edged out the One Nation candidate by just 141 votes. The problem (well, one of them anyway) is that Gaynor’s blog makes it seem like the Tasmania result has elected Sarah Hanson-Young, who is the Greens Senator for South Australia, instead of Pauline Hanson, who was elected in Queensland. 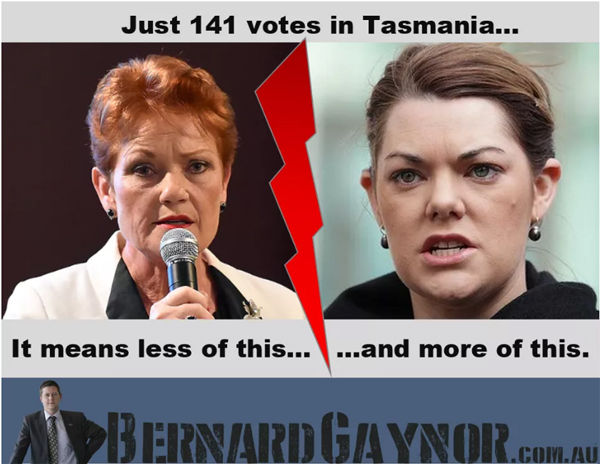 Gaynor has asked his followers to sign a petition for a recount, writing:

“A large number of votes in Tasmania were excluded and an additionally large number ‘exhausted’, the vast majority of which came as ‘conservative’ candidates were excluded. In fact, well over 80% of ‘exhausted’ votes came when candidates from the Liberal party, Family First and Shooters, Fishers and Farmers Party were excluded. Furthermore, many of the votes included in the count were either marked both above and below ‘the line’, contained non-numerical markings, or duplicate or missing numbers, as shown below.”

While Gaynor leads a different party, he holds many similar views to Pauline Hanson when it comes to Islam and halal certification. His petition has fewer than 500 signatures.

Of course he got it wrong, he’s an idiot.

Does Gaynor the religious bigot ever get anything right? Sad individual….