Greyhound debate has gone to the dogs

The Shooters, Fishers and Farmers party rallied against the NSW government's greyhound ban, but the language was interesting.

Shooters, Fishers and Farmers MLC in NSW Robert Borsak has taken to using some “on theme” language when it comes to attacking the NSW government’s plan to ban greyhound racing. A tipster pointed out to us that, at Tuesday’s protest, Borsak said the Nationals should be “not turning over, not reacting and coming to heel, and dry-humping the Liberal Party dog”.

It’s featured in a Shooters and Fishers video on YouTube. 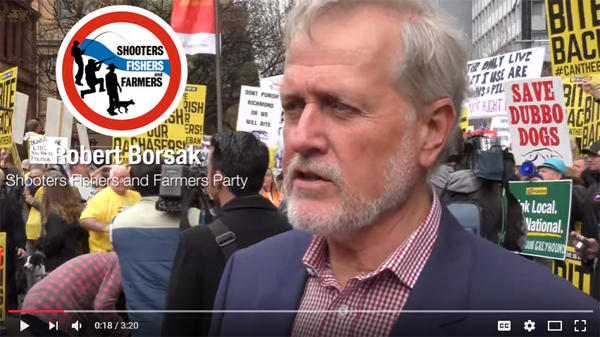