Pitchforks out for Graham Lloyd

The Australian's readers turn on its environment editor.

Crikey is frequently rather mean to The Australian‘s environment editor Graham Lloyd, but we feel bad now, after seeing what happens when he does a rather conventional environment yarn about 2015 being the warmest year on record.

That report, which relied on a report from the American National Oceanic and Atmospheric Administration, has caused Lloyd to be pilloried in the comments section of his own paper, with readers asking where his journalistic scepticism is. Even though Lloyd is one of the more sceptical mainstream journalists Australia has when it comes to climate change and its many manifestations.

A brief taste of what he’s been subjected to this morning:

“Graham, you know better, one years figures don’t define a climate or confirm where the climate is going. NOAA knows this too but hey we all know they are supporters of the meme.”

“Ho-hum …. does the writer manage to keep a ‘straight’ face when penning this crap?”

“Why the selection of 1981-2010? This is meaningless rubbish. Why are journalists not analysing this stuff before it’s printed.”

“Any serious cross examination of this information would show that the report was engineered with the data assembled to support the pre defined answer.”

Though perhaps Lloyd had some support. Some of the responses were certainly tongue-in-cheek:

“Why is the Australian publishing these facts? We just want to hear the opinions of far right politicians like Tony Abbott and Donald Trump — not actual scientific results.” 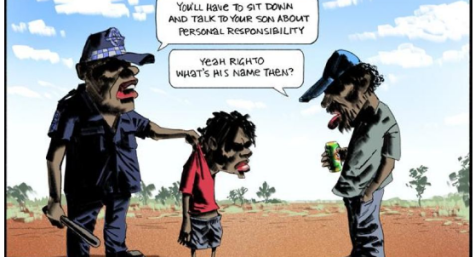