Fox cartoon show The Simpsons weighs in on the presidential race.

An episode of The Simpsons several years ago warned that future incoming president Lisa Simpson was having to deal with the recession caused by a Trump presidency. The writers now are clearly extremely worried that their prediction might become a reality with a new short put out by the Fox-owned television show that talks about the difference between the 3am phone call to the president. The short is based on the 2008 Hillary ad used against then-rival Barack Obama. Now it’s used to mock Trump who will be more focused on tweeting about ejecting Elizabeth Warren, getting his spray tan and dog-based hair-do than worrying about invading forces. 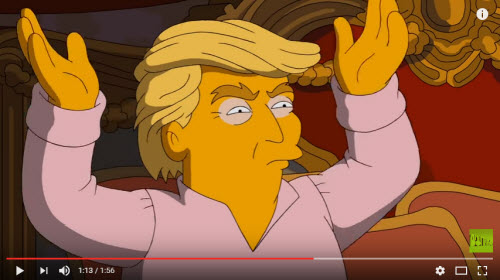