Adam Giles: beware of the kids

The Northern Territory Chief Minister isn't stepping back from his tough on crime policies.

For those of us outside the Northern Territory, it can be hard to fathom the defence of the NT government’s “tough on crime” stance over the past few days, especially in light of the revelations of abuse at the Don Dale Youth Detention Centre. A tipster pointed us to this post on Chief Minister Adam Giles’ Facebook page from May, when Giles wrote: “Enough is enough. We give rogue youth every chance, but they still break in to our homes, smash up our cars and cause trouble.” 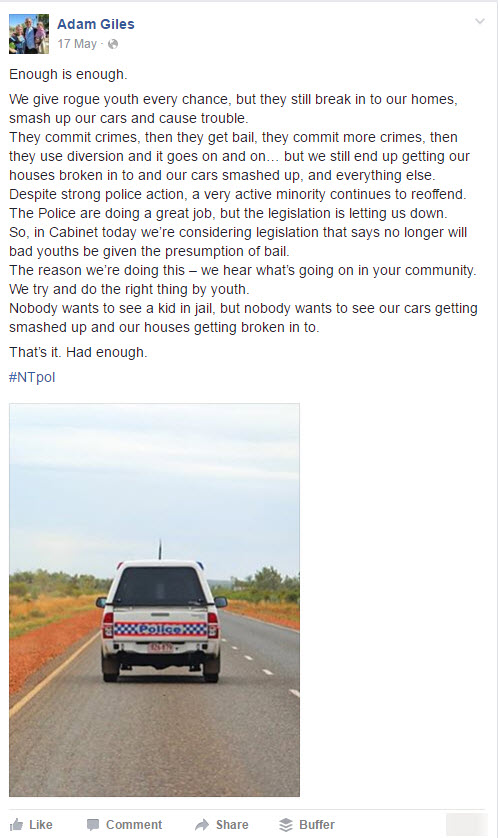