The most shocking thing about the <em>Four Corners</em> footage: the abuse was legal

The abuse and torture of children in the Northern Territory’s so-called youth justice system has finally provoked national outrage.

Responding to widespread public concern arising from Monday night’s damning ABC Four Corners program, Prime Minister Malcolm Turnbull took less than 12 hours to announce a royal commission. The purpose of the royal commission, in his initial words, is to speedily investigate the videos and “get to the bottom of it, and expose what occurred and expose the culture that allowed it to occur and allowed it to remain unrevealed for so long”.

Unrevealed? You’ve got to be kidding me.

What we saw on Four Corners is not new and not unknown to the powers that be — including to the CLP government itself.

Specifically, the CLP government has known for a long time what really happened in the isolation cells of the old Don Dale detention centre on August 21, 2014. The NT Children’s Commissioner produced a report in 2015 (read it here) describing what happened, including a review of the CCTV footage that was aired last night. The report even repudiated public statements made by the former Corrections Commissioner Ken Middlebrook.

Further, some tenacious reporters — shout-out to Kate Wild and Helen Davidson — have written excellent pieces on incarceration in the Territory, as has the resolute John Lawrence SC on this very page (via Land Rights News).

But there is one key point that has been largely overlooked in the commentary. Too much of the abuse and physical violence we saw on Four Corners is not illegal under Territory law. Notwithstanding some notable exceptions, what we saw is how we have chosen — through our laws and policies — to brutally conduct juvenile detention in the Territory.

Remember the video of the 17-year-old hooded and shackled in a specially designed imprisonment chair, perhaps the defining image of the program, what his lawyer describes as an Abu Ghraib-type chair? Well, the use of such chairs is authorised by Territory law. Our current legislation makes lawful the use of handcuffs or “a similar device to restrain the detainee”.

And any doubt about whether such chairs meet the above “device” definition were recently expunged by the CLP government passing the Youth Justice Amendment Bill 2016 a few weeks ago (opposed by the local ALP and some independents). The entire purpose of the bill was to ensure the lawfulness of using a “mechanical device” and other “approved restraints” on detained children. This amendment would, in normal circumstances, be expected to come into effect imminently.

And spit-hoods? They’re used in the Territory and exist in various forms in other states — though not in every state. Queensland uses them, and WA has just finished trialling them with a view to use across their police force. We’ve known about their use on Territory children for a while now.

What about the video we saw of tiny Dylan Voller in his Alice Springs cell playing with cards when suddenly a guard comes into view and uses physical violence on Voller to grab him, take him to ground and then hold him down while another guard strips him?

Well, that wasn’t illegal either. The guard who man-handled Voller was charged by police for that incident, but a magistrate found him not guilty of aggravated assault. The police appealed the magistrate’s decision to the Territory Supreme Court and lost again.

Indeed, Justice Peter Barr’s Supreme Court decision is confronting reading. Barr found that the key restrictions in the NT on the use of force [in sections 153(2) and 153(3)(a)] were only restrictions on the use of force “to maintain discipline”. Where force was required to be used to ensure the safe custody of persons (like when they threaten self-harm), those protections from violence simply don’t apply. The only restraint in that ‘at risk’ scenario is for the “use and extent of force” to be necessary or convenient.

Just think about that for a moment.

If an incarcerated youth is “at risk”, protections from violence disappear. At trial, this is how the prosecutor — who lost — described the effect of such a legal position:

“Of course, an absurdity in this case, your Honour, is that the actions of the defendant weren’t to discipline DV. They were to implement ‘at risk’ procedures, which are meant to be a protective measure. So if physical violence cannot be used in disciplining a detainee, plainly similar force, physical violence is not authorised in implementing these protective measures for the benefit of a detainee. It would be an absurd result of the legislation if somehow more extreme force could be used in a case such as this, where a detainee is ‘at risk’, than would otherwise be the case in disciplining the detainee.”

So there you have it. Not only are NGOs, Aboriginal organisations and criminal defence lawyers telling us that our youth detention laws are brutal — even our prosecutors think the lack of legal protection for “at risk” youth in detention is absurd.

So don’t hold your breath waiting for prosecutions. Remember, just about every example we saw on Four Corners was an “at risk” context with alleged suicide or self-harm threats.

As disheartening as the legal reality is, it nonetheless identifies what we must do now. The Territory community’s primary task is to force strong changes to our youth justice laws. And I certainly don’t mean Chief Minister Adam Giles proposal to amend the Territory’s bail laws for the purpose of locking up even more kids more often in Don Dale.

Instead, we must acknowledge the violence we have legalised against our Territory’s problem children. At the least, if a detained child is deemed “at risk” Territory law must not allow all “necessary and convenient” physical violence to be brought to bear on them.

But there is more. We are reaping the consequences of what we have directly sown into specific laws and policies. We have normalised brutality. We must stop dehumanising children with hoods and mechanical devices and putting them for 23.5 hours a day in solitary confinement.

And if we want to think really big? Let’s make this national disgrace the circuit-breaker, the turning point, and demand our governments move heaven and earth and throw everything they have at ending the Territory’s mass incarceration of children. 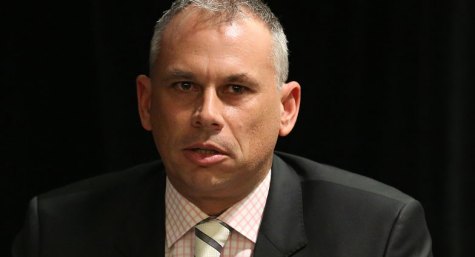 Giles and Scullion, two sides of a debased political coin

Who made Don Dale’s tear gas? 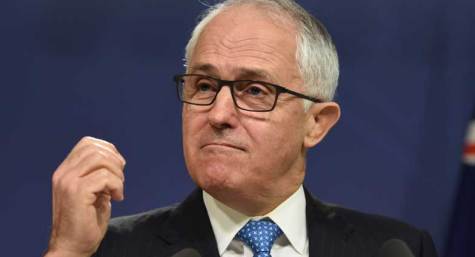 It might be “legal” but that is only because lawyers have spent time and taxpayer money on making it so. Perhaps they are the same tame legal creatures who say that locking asylum seekers up in tropical hell holes is also legal… And we thought only the US of Bush, Rumsfeld and Cheney were up to such mendacity.
It should NOT be legal. Simple as that.
Even if it has been, that does not justify the wilful and brutal application of force that we all saw on the videos that got out.
Hate to think what we didn’t see.
Heads should roll and sitting ‘members’ be kicked out.

If a child (or any person) threatens self harm, surely the correct response is to sit with them, talk to them, get professional help? Make them think maybe someone cares.

And our own high court has found that trading babies to prison on Nauru is fine and dandy if we decide we want to do it but only because the ALP/LNP cartel rushed through retrospective laws to make it legal.

Nothing will change, because this type of thing not only goes on in the NT but every other state also, where you have wardens who please themselves about how they behave, Other wardens arn’t going to say anything, not when you work in dangerous places, and you want back up and wont get it. Ask all the criminals what goes on in prisons, you won’t believe them any way, the strange part of all this is, the abuse happens to mental ill, they dont rough up really bad criminals unless a lot of them there, but with bad criminals, there not mental ill, but more of a threat and more capable of getting back at the wardens. Criminals are only criminals when there caught, there is a lot of “normal people” who in the same position as the wardens in the 4 corners program who are full of sympathy for the youths, would, after a small time, be indifferent, to the brutality of their work mates.