Cycling, golf … and quidditch: Aussies are world champion sportspeople after all

Australian athletes have been beating the world lately. But you wouldn't have read about it until now.

Sports pages have been dominated by the Russian Olympics team’s doping scandal, the shooting of controversial sports scientist Stephen Dank and the shocking condition of the athletes’ village in Rio in the lead-up to the Games. But here’s a few highlights from Australian sportspeople you may not have heard about …

Yes, you read that right, quidditch is an actual sport that people play, and Australia just beat the United States to take out victory in the worldwide competition in Germany. The sport is based on the magical sport played in the fictional world of Harry Potter, written by J.K. Rowling. In the book, teams of seven players ride around on broomsticks, scoring goals by throwing a ball through hoops at either end of a field. The game ends when the “seeker” catches a magical ball called the snitch, which is worth 150 points in the novels.

In real life, quidditch players run around with broomsticks between their legs, and the snitch is actually a player on the team — the game ends when the snitch is caught, which is worth 30 points. Each goal scored is worth 10 points, but there has been quite a few revisions of the rules since the sport was played by “muggles” (non-magical people) due to the lack of magic. The World Cup has been held every two years since 2012, with the US as the undisputed dominant side. The match can be streamed here.

Australia won the World Cup overnight 150-130, with the US recording their first loss ever. The Dropbears (so perfectly named after a mythical Australian creature) win was brought home by seeker Dameon Osborn. Captain James Mortensen wrote on Facebook:

“I am very proud of all of the team, but it is hard not to be absolutely stoked with the performance of our female players in particular. We demonstrated that at the highest level of competition gender of quality in sport isn’t a token gesture or some fair fetched expectation.” 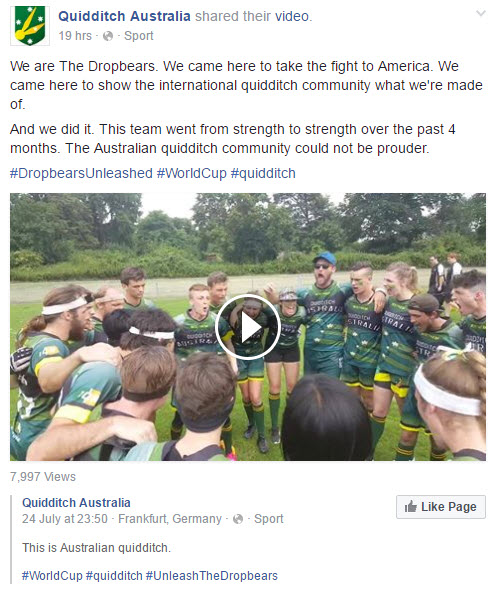 For those who like their sports more mechanical, Australian Chloe Hosking has won La Course by Tour de France, the one-day cycling race run by the organisers of the Tour de France. Twenty-five-year-old Hosking took home the win for the Wiggle High5 team, the third winner of the competition, and the first Australian to do so. The road race takes in 89 kilometres around Paris, and is staged on the same day as the final stage of the Tour de France, ending at the Champ-Elysses.

In a video produced by the WiggleHigh5 team, Hosking describes it as a “highlight of my career” and says she didn’t expect the win … 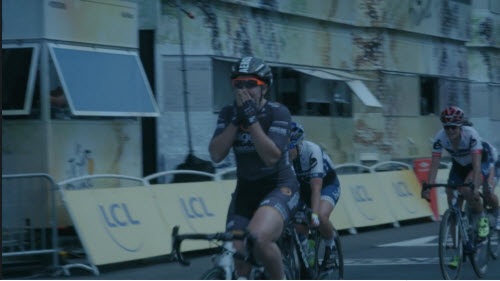 Min Woo Lee is not a household name, but the 17-year-old Australian has won the US Junior Amateur Golf Championship in Tennessee. Lee edged out Texan Noah Goodwin on Sunday, becoming the first Australian winner of the tournament. The winning shot was a three-foot birdie putt, making Lee the second in his family to win the competition — and the first brother-sister duo to do so. Lee’s older sister Minjee, who is now on the LGPA circuit, won the girls junior amateur championship in 2012. This Golf Week profile shows how Lee was inspired by Tiger Woods, who also won the competition as a junior. 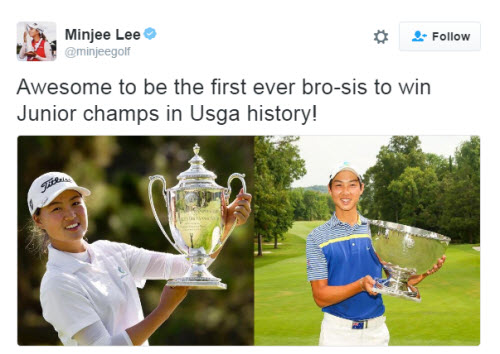 We used to dominate in quidditch – what has the Nation come to in these drear days?
There should be a R/C into .. 21stC Derangement Syndrome.

My niece was part of the victorious Australian Dropbears team. We have a world champion in the family at last!