A message from Gotham City

The Labor MP used a giant billboard after he scraped through after a disastrous campaign.

While it’s not unusual for politicians to spend time thanking their electorate after getting their spot in Canberra, Labor’s David Feeney has taken the next step, commissioning a billboard in his Melbourne electorate of Batman. We’re not sure of the exact location of the billboard, but hope it’s north of Bell Street — the point in the electorate where booths turn from Green wins to Labor wins. 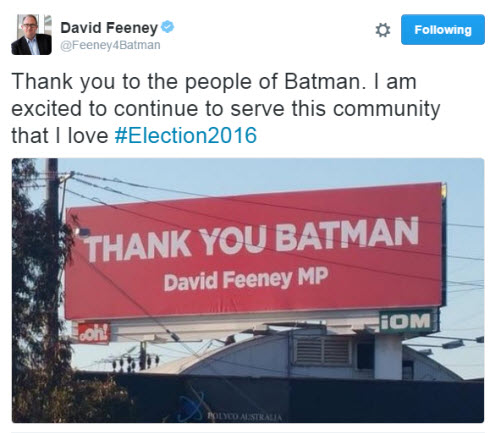