The Australian Ambassador to the US is attending the conventions of both major parties in the lead up to the presidential election.

On Lindsay Fox’s birthday yacht one week, in Cleveland, Ohio, the next. Australia’s ambassador to the US Joe Hockey is back to work — and that means getting in on all the action at the Republican National Convention, where it is expected that Donald Trump will be confirmed as the party’s candidate in the upcoming presidential elections. Hockey has tweeted that he is attending both the Republican and the Democratic conferences, but the photos from the GOP event are already quite interesting … 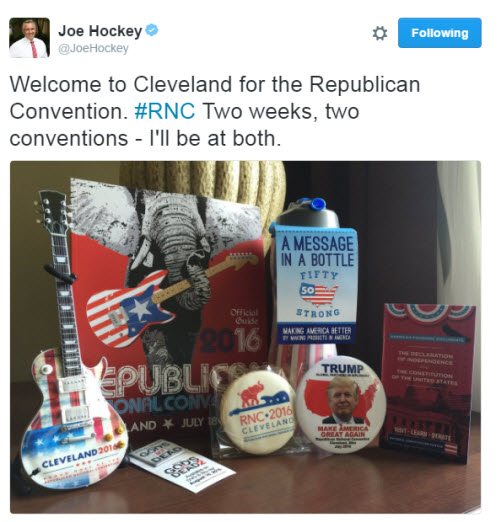