If Cher could turn back time

The Twitter account of singer Cher is something to behold. Employing all caps and with a smattering of emoji, the goddess of pop gives her political opinions, the problems with the world today and a lot of feelings about Donald Trump. Cher also has a lot of feelings about Brexit and UK politics. Yesterday she tweeted this photo of Boris Johnson and Tony Abbott (yes, our former prime minister), calling them “Twiddle Tosser and Twiddle Wanker” (it seems that Abbott is the tosser and Johnson the wanker). 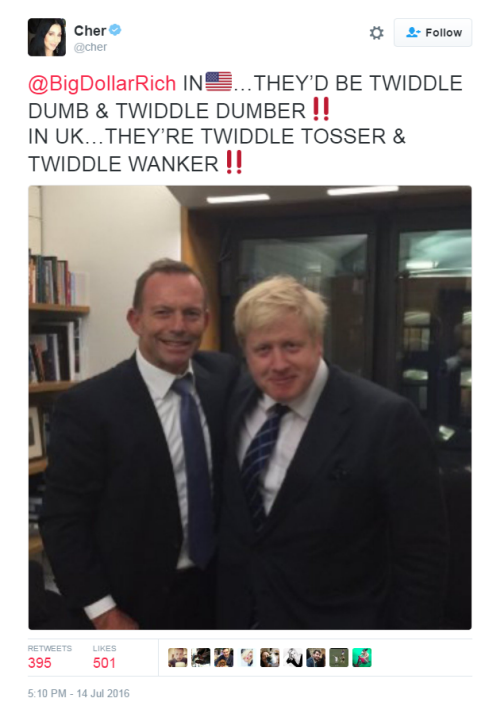 Not long after the original tweet she apologised to Abbott, because she had originally thought the photo was of Johnson UKIP leader Nigel Farage. She said: “ITS HARD 2DO,BUT WHEN U TALK BIG,U MUST APOLOGIZE BIG SORRY,THOUGHT I HIT PHOTO OF BORIS & NIGEL.IM A TWIT SORRY,UNFAMILIAR WITH TONY” (sic).

For reference, here is a photo of Nigel Farage, so understandable mistake. 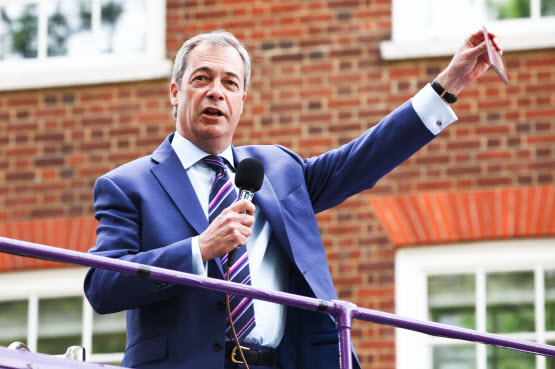 Cher clarified to another user that she had chosen the wrong photo by mistake and wouldn’t slander someone she didn’t know or hadn’t properly researched.

She had it right the first time.

maybe wanker and tosser were the wrong way ’round – and where does Kevvie fit?