Google says it is protecting rights holders. And other media tidbits of the day.

How Google pays back for piracy. Google is often the kicking boy when it comes to copyright holders angry about all that internet piracy. Through YouTube, and Google searches, it is not difficult to find pirated content online. Google is fighting back against this perception, however. In a report released overnight, the company has said that through pirated videos uploaded to YouTube, the actual copyright holders of those videos have made over $2 billion.

This happened through a system called Content ID, where creators can go and match up their own content up against videos uploaded by other people. If they find something of theirs that someone else has uploaded without permission, they can ask for it to be pulled down, or they can ask to get the revenue from the advertising around that video. The latter option has resulted in $2 billion being paid out.

On the search front, Google says engineers have ensured that when someone Googles, say Game of Thrones, they’ll get legitimate sites rather than torrent sites first up. Google says that searching for the name of a piece of content is much more common practice than “Game of Thrones download” for example. In that instance, the former has been searched 784 times more often than the latter.

For those who are searching for pirated content, Google says it also offers up ad results for legitimate means of buying the content.

It’s an ongoing fight, however. Google says it takes around 6 hours to process each Digital Millenium Copyright Act request to remove a link (or multiple links) from Google search results, and in 2015 alone, Google received requests for 558 million URLs to be removed. It removed 98% of these. Google defends its search, though, saying search merely reflects what is put on the internet, and doesn’t control it. — Josh Taylor

The tricky business of what is and isn’t a follow-up. On Tuesday, an opinion piece by yours truly made the point that journalistic follow-ups that don’t acknowledge where a story came from threaten to undermine the business models underlying original journalism. The piece used two examples from that day, both involving the ABC. But ABC sources have since told Crikey we weren’t being entirely fair to Stephen Long, the business reporter whose story on the nightly television news centred around the views of George Rozvany, who had been the key source in former Fairfax journalist Michael West’s exclusive investigation released earlier that same day.

Turns out West and Long had spoken of doing stories on Rozvany ages ago, when West was still at the SMH. The idea was anything Long did would run on the same day as West’s piece, to maximise the impact. With that in mind, West introduced the two, and Long interviewed Rozvany last week (rather than, as our piece assumed, in response to West’s story that day). There was no set agreement that the ABC would credit West with having broken the story, as our piece on Tuesday quoted West saying. — Myriam Robin 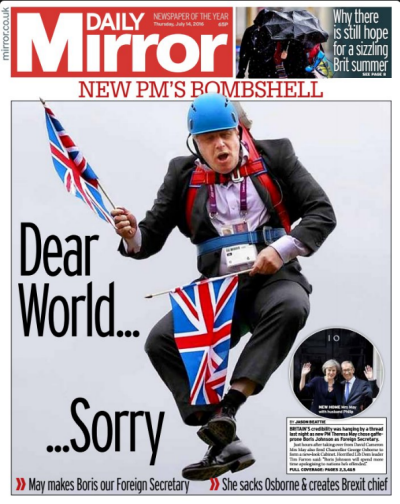 re “Follow up…”
That’s a pretty token apology. I thought the Guy Rundle affair had set the bar a little higher than that.