Onward, Christian soldiers. We hear that Christian Democrat staffers were handing out for several Liberals on election day, including for Craig Laundy in Reid and for Nick Varvaris in Barton. Volunteers seen handing out their own HTVs for the local CDP candidates, but also how-to-vote cards for the Liberal candidates. While the party campaigned on a platform that it was a “true” conservative party, it was happy to give support to some Liberals as CDP had been encouraging a vote against Labor because of its marriage equality policy and Safe Schools. We asked the CDP about it, and a spokesperson said he had not heard of volunteers handing out in Barton, but would have to investigate Reid.

What’s in those secret documents? Now that Turnbull will be the Prime Minister for the foreseeable future, it’s that time of the election cycle where departments begin briefing ministers on what they need to know for the next term of Parliament. The ministry will likely get theirs once they’re sworn in (Governor-General Sir Peter Cosgrove is in France until the end of the week), but Turnbull this morning invited cameras into his office, where he and the head of his department, Martin Parkinson, were viewing the incoming government briefs on iPad Pros.

Journalists and opposition parties usually try to get those briefs under freedom of information law, but it has become a lot tougher than in previous years. Public servants are generally opposed to releasing the briefs because it would restrict them offering full and frank advice to their ministers on the issues of the day. There has been a mix of decisions over what can and can’t be released, but a ruling late last year found that the purely factual information in incoming government briefs can be released under FOI, but deliberative content — such as discussion about the viability of government policy and other potential issues coming up — can be excluded. So don’t expect a full and forthright accounting of what the government intends to get up to.

But a tipster tells us it’s not all phallic:

“My granddaughter is working part time with the AEC. Her role is checking the informal votes. The joy of her day is counting the penises drawn on the ballot papers, which some idiots prefer to do than vote. She said that today boobs outnumbered penises, two to one I suppose.”

Should we vote electronically? Both Bill Shorten and Malcolm Turnbull surprised a few people yesterday when they both said that given the length of time it has taken to resolve the 2016 election, it was perhaps time to look at electronic voting again. Ms Tips hears that this was somewhat out of the blue, and it seems as though both Shorten and Turnbull must have discussed it in their phone call just before Shorten conceded the election.

This got a mixed response on social media on Sunday, with some declaring it an inevitability, while others warning of the dangers of an opaque system of voting, and that the potential loss of a secret vote could outweigh any benefits of electronic voting. When Parliament resumes there will be, as there always is, another inquiry into the election, where no doubt electronic voting will be front and centre. This is what the last committee had to say about the prospect of electronic voting:

“The foundations of Australia’s voting system—compulsory voting, widespread and easy access to polling booths and polling day held on a Saturday—are robust. Electronic voting would fundamentally change not just the method, but the nature of voting in Australia.

The Committee believes that it is likely that technology will evolve to the point that it will be possible to vote electronically in federal elections. At that stage the question for a future Parliament, and the voting public, will be whether the convenience of electronic voting outweighs the risks to the sanctity of the ballot.

The view of this Committee is that the answer to this question at this time is that no, it does not.”

Talk about Insiders. Poor Barrie Cassidy. After a marathon election campaign, the Insiders host has gone on a break for a few weeks to recuperate, with RN Breakfast Host Fran Kelly filling in for him. Barrie might be on a Twitter break, too, apparently, with his account hacked over the weekend. 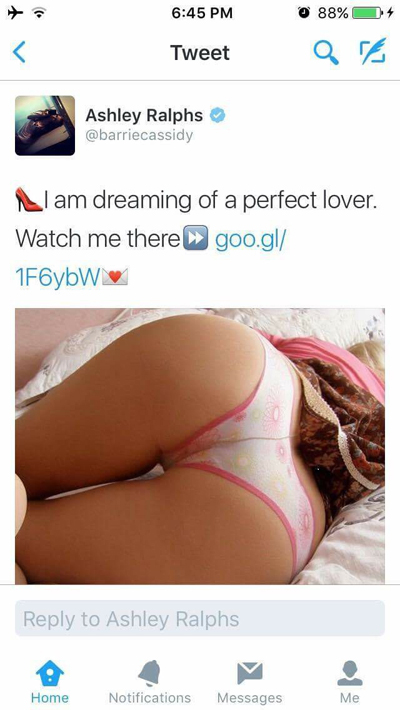 This morning it seems all was restored, and Barrie is back to his old self.

#Auswaits and waits and waits … The postal votes have so far trended towards the Coalition, as the government had predicted when the result was still unknown last week. One caller on 3AW’s Rumour File this morning, however, suggests that there are still a few postals to be counted.

“She says her postal vote has not been counted, because it is still waiting at a post office waiting to be collected, for the last two weeks. She says she knows this because she sent it registered mail, and tracking says it is still at the post office.”

The AEC has 13 days from polling day to count the postals, so we understand this is not that unusual.

… Are you sure that’s not Barrie?