The legal way to rob a bank, smash shit with baseball bats

Damn it feels good to be a gangsta.

Breaking into a bank or destroying plates with a baseball bat are activities generally not encouraged in polite society, but people are increasingly turning to weekend activities that are a bit more unusual than a night at the movies.

In teams of up to six people, people are invited to find and steal valuable items from a corrupt investment bank (we’re guessing the “corrupt investment” part makes wannabe thieves feel better). There are props and actors and the game is designed to be an immersive experience, allowing people to really believe they are robbing a bank.

“It’s a real fantasy experience — you get to do something you know you’ll never do in real life, it is that Hollywood fantasy version,” McKenzie said. In its first month, about 250 people came to Small Time Criminals to play Danny Ocean. Unlike escape rooms, which have been growing in number across Australia, Small Time Criminals is about collecting items and gaining a score at the end of the hour-long game. 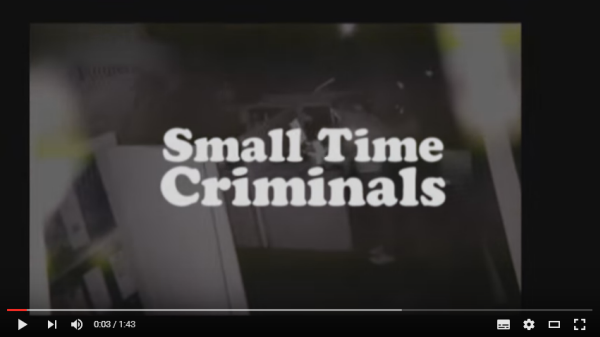 In a similar vein, but a very different experience, the Break Room also opened up in Melbourne this year. Its tag line: “Break things. Feel good.”

Participants are given a baseball bat, and then given permission to break anything in the room — plates, bowls and cups are what is usually supplied.

This is a strictly solo activity and it doesn’t last long; one ticket lasts 10 minutes, although we hear that is enough. The idea is to let off steam and get a bit of stress relief in a controlled environment — but participants can only use what is supplied (no bringing in photo frames of exes or mementos). 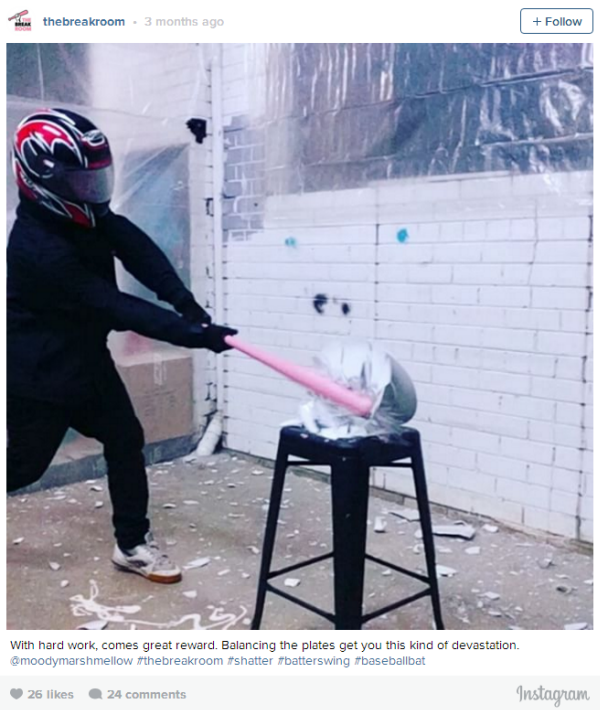 The Break Room is currently in Collingwood, but it moves around, having previously been in Brunswick. There are no puzzles to solve or specific goals to achieve, except creating the most satisfying smash.

So what is the appeal in doing something you wouldn’t be allowed to do outside that particular room? For McKenzie, it’s the idea of adults being able to engage in play that is usually restricted to children. “One of the things people say is their favourite part is hiding from the security guard. We’ve given them a fictional narrativised excuse to play hide and seek.”

“In the context of being an adult, play is seen as something that’s not OK.”

One thought on “The legal way to rob a bank, smash shit with baseball bats”