Meet the electorate where one in six voters support One Nation. And other media tidbits of the day. 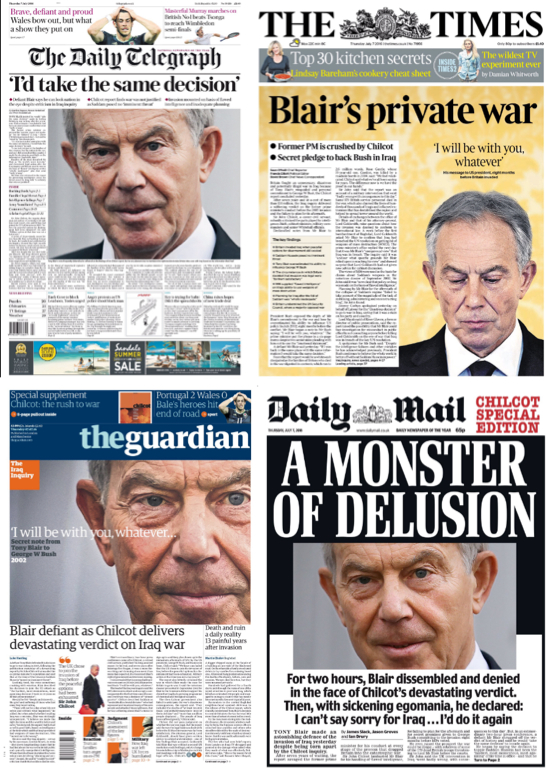 Ailes said in a statement:

“This is a retaliatory suit for the network’s decision not to renew her contract, which was due to the fact that her disappointingly low ratings were dragging down the afternoon lineup. When Fox News did not commence any negotiations to renew her contract, Ms. Carlson became aware that her career with the network was likely over and conveniently began to pursue a lawsuit.”

But according to CNN, Carlson’s suit alleges that Ailes propositioned her and dropped her show when she refused him:

“It alleges that Ailes repeatedly “injected sexual and/or sexist comments” into conversations; made ‘sexual advances by various means;’ and said to her last September, ‘I think you and I should have had a sexual relationship a long time ago and then you’d be good and better and I’d be good and better.'”

Front page of the day. One in six voters in Flynn gave their first preference to One Nation. Gladstone’s Observer asks why. 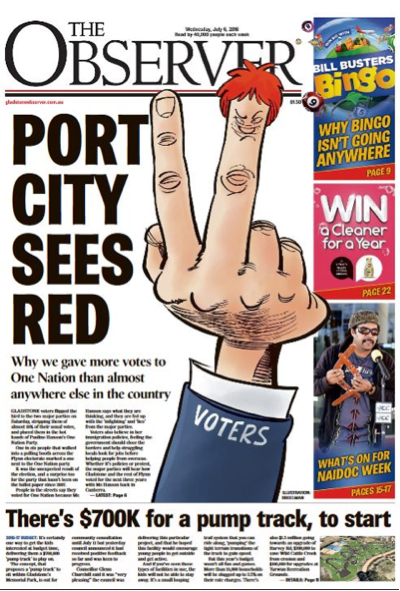 Gretchen Carlson is extremely brave to make the allegation against Ailes. Regardless of the outcome it will be a major impediment to her career. Media’s highest echelon is dominated by men therefore, in future, she will be rated as a troublemaker &/or not a pushover. Male executives run from both.

An on-camera media colleague of mine was offered the casting couch back in the 1980s – she refused (lightheartedly, no dramas) & was replaced within weeks. When pursued by the press about her demise she was sufficiently savvy to never state the reason. This way she managed to continue a career with another media outlet.