Australia’s busiest man. In addition to his nightly television show, his nightly radio appearance and his busy schedule of blog posts and newspaper columns, the man currently with the title of “most jilted Liberal Party lover”, Andrew Bolt, also appears to moderate the comments on his Herald Sun blog.

Tony Abbott’s loudest media backer let slip with that little nugget of information on Monday night’s segment on 2GB when he was asked about his widely reported blog post on Saturday night calling for Malcolm Turnbull to resign as Prime Minister after the Coalition’s poor election result. Bolt said he couldn’t keep up with all the comments coming to the post:

“I’m feeling terrible because I can’t keep up, I’ve got to moderate this thing myself — I shouldn’t say that, I’m not allowed to. There’s 1300 people and there’s still 400 comments I’ve got to put up.”

Just who moderates the comments on Bolt’s blog has been a mystery for years. At one point, it was suggested Bolt’s wife, Sally Morrell, was paid to moderate the blog, but it was later clarified she was one of a few moderators.

And if Bolt is admitting to moderating the blog comments himself, well, here are some of the classics he has let through over the past few days — care of the Bolt Comments Twitter account: 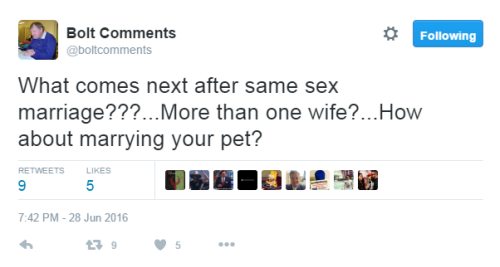 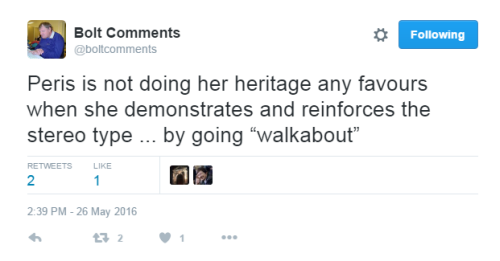 Every weekend Bolt informs his readers that there are no moderators there to check the comments. Maybe the weekend is his WEB (well-earned break, to quote Gerard Henderson’s Media Watch Dog).

Conroy questions validity of NBN raids. Former communications minister Stephen Conroy, whose offices were raided by the AFP during the election campaign over NBN leaks, is still furious about it.

On RN Drive on Tuesday, he said that the AFP’s decision to investigate the leaks and raid ALP offices and the home of a Labor staffer was based on a misreading of the law. Conroy wrote to the AFP on Friday asking to end what he called “their ludicrous” investigation into NBN leaks based on legal advice he has saying NBN should not have called the police because the alleged leakers are not Commonwealth officers.

Conroy argues that as employees of a government-owned enterprise, they are not treated the same as public servants.

Conroy is also seeking an apology from Ziggy Switkowski and Mitch Fifield and has said Switkowski should also resign. Fifield, who was also on the program, said the referral from AFP to NBN was a matter for NBN.

“Were you embarrassed you raided my office?” Conroy asked.

“The lies keep coming,” Fifield replied, saying it was a matter for the AFP.

Conroy has written many letters to the AFP about getting all the aspects of the investigation covered by parliamentary privilege, but said he hadn’t heard a response yet.

In the name of transparency. A film commissioned by the Immigration Department to discourage asylum seekers from paying people smugglers to get to Australia was only released with English subtitles to “mitigate negative media attention”, recently released documents reveal. The Journey, the feature-length film that cost the Australian government $6 million to dissuade people in the Middle East from seeking asylum in Australia by boat, was uploaded to YouTube this year, initially without English subtitles. It was only uploaded with subtitles after a freedom of information request. A further FOI request asked to see the communication within the department about this decision, and while the documents were mostly redacted, this proposal to release the film included the following justification (the acronym was not explained, though likely refers to the Joint Agency Task Force):

“… to deal with such requests, the JATF recommends putting an English-subtitled version of the telemovie on Youtube … to enable viewing by other journalists and interested members of the Australian public. This would further promote transparency and serve to mitigate the negative domestic media attention around taxpayers not being able to view a product they paid for. This approach would not require approval from the Service Delivery Coordination Committee as it is not paid domestic advertising.”

Freudian slip? The ABC accidentally described Liberal Party director Tony Nutt as the Liberal Party “Dictator” in an interesting typo yesterday. With accusations thrown around about Nutt’s leadership style in the Liberals’ disappointing campaign, perhaps the producer had just been reading the news and using anonymous backgrounded assessments. The ABC presenter apologised not long after this was aired. 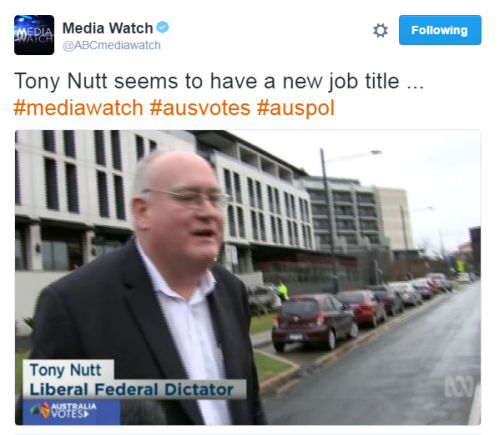 Below-the-line campaigning. In the weeks leading up to the election, Tasmanian senators from both the Labor and Liberal parties were campaigning for below-the-line votes to try to leapfrog over party colleagues who scored a higher ballot spot. Labor’s Lisa Singh, who was relegated to sixth place, and Liberal Richard Colbeck, relegated to fifth place, both mounted concerted campaigns in Tasmania to increase their visibility, with Colbeck even releasing a newspaper ad asking for voters to put him first, and then vote 2-12 as they liked — ignoring his Liberal Party colleagues. According to the The Advocate, counting on below-the-line votes has barely started (you can read more about the Senate counting system here), and last night, with less than 100 below-the-line votes counted in Tasmania for each of the major parties, “Singh had received 41 of 76 first preference below the line votes received by Labor candidates with Senator Colbeck receiving 44 of 85 below the lines votes received by Liberal candidates”. Will it be enough? We’ll find out in a few weeks.

The below-the-line campaigning for Senators Lisa Singh and Richard Colbeck, both of whom were shafted to all but unwinnable positions, showing the bastardry of which pre-selection committees are capable. In an ideal world, the Robson rotation used in Tasmanian state elections (http://www.parliament.tas.gov.au/tpl/backg/HAElections.htm) would give each candidate for either the Reps or the Senate a turn at the top of the list and deny the rigging of the order to benefit party hacks and time servers. It will never happen, but it would be an inexpensive way of making the vote more democratic. It’s worth noting that Neil Robson, whose idea this was, was a Liberal member of the Tasmanian parliament.