Doyen of the press gallery Laurie Oakes was at centre stage in Channel Nine’s coverage on Saturday night, a fact that Sportsbet took advantage of when it opened a market on what colour tie Oakes would wear on the night. We’re not sure how Oakes felt about this, but he used the marathon broadcast for a few costume changes: 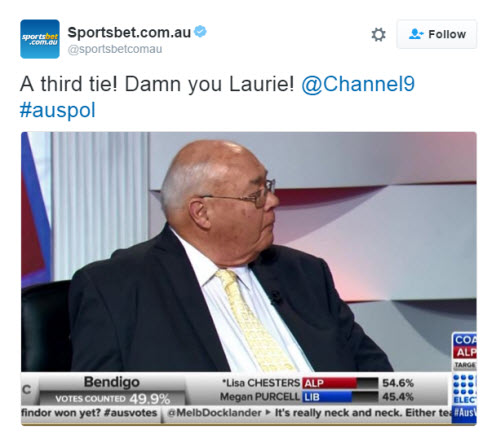 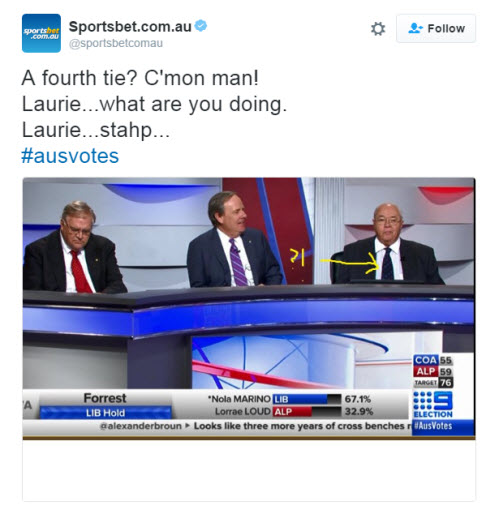 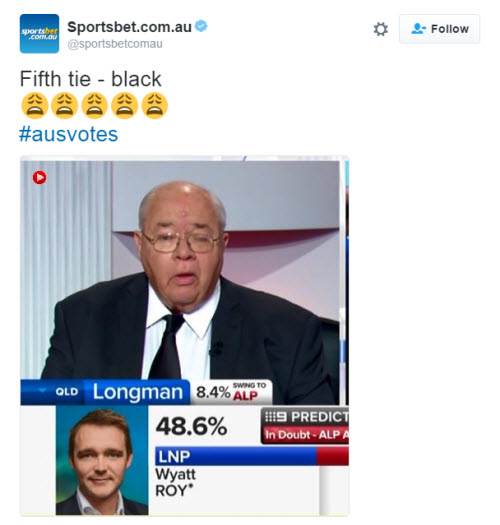 It meant that Sportsbet had to pay out on all bets made on his tie colour.