Rundle: one last trot around the seats that matter (in inner Melbourne, of course)

Saturday morning, and the wide brown land of Australia turned out to vote. From remote islands in the Arafura Sea to Zeehan and the bit of the Antarctic wot we own. We came out in droves to do our civic duty and avoid a fine (the day after the election, we spoke to a Crikey contributor who has hitherto avoided fines for non voting by writing to the AEC and notifying them of simply being “overwhelmed by information”. Seems to work.).

Your correspondents were there to capture it all. But as we only had the cash for two hours of Uber, “all” had to be inner-city Melbourne. Still that catches the full sweep, right?

The first thing we noticed — aside from the voluminous, endless supply of Green bunting, as if Christo had teamed up with Adam Bandt to do an electoral art piece … 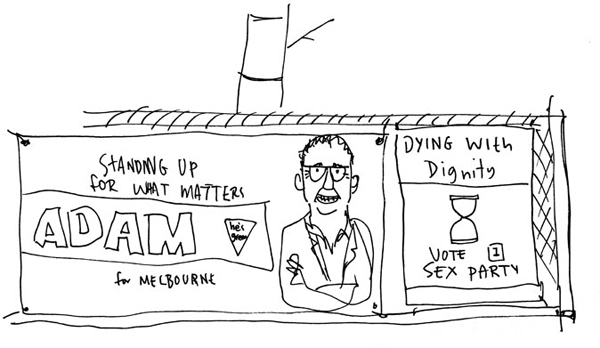 … was the queues. Miles and miles of them. Since when did voting in Australia mean queueing for hours? There would have been a Third World aspect to it, if it hadn’t been for all the coffee carts selling lattes to people in Kathmandu jackets and retro-’80s leggings. 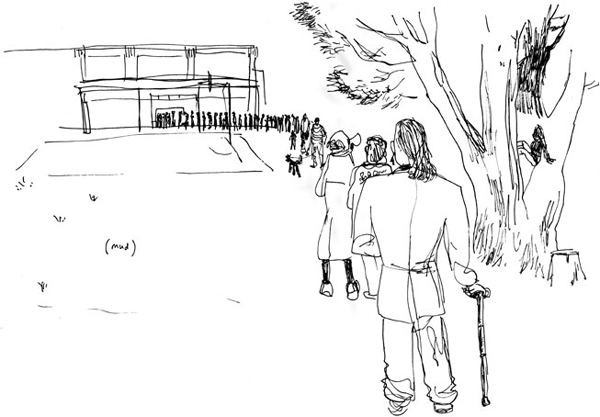 At Princes Hill Primary, with the Sex Party’s mordant “Dying With Dignity” sign, the sausage sizzle had run out of sausages, and the coffee cart was running out of soy. “How have sales been — what’s the preference, latte/flat white wise?” The coffee-seller looked evasive, seeing my notebook. “Are you allowed to interview here?” “I don’t think lattes are subject to the Electoral Commission rulings.” “It’s not as good as the footy,” he mused. “Or even the soccer.”

Next, we rocked up to Clifton Hill Primary, a classic ’70s yellow-brick building, with a daggy, vaguely happy-clappy “Welcome” sign over it. 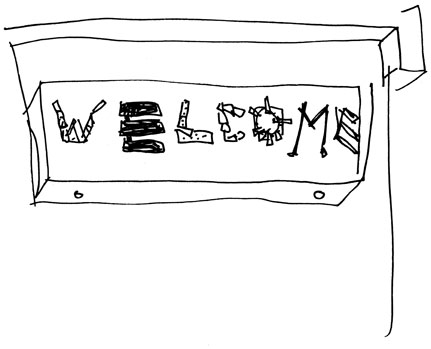 A reduced complement of spruikers, with Labor reduced to one guy, whose face fell as we bundled out of the car. It was Peter Batchelor.

“It’s just a colour piece,” I hurriedly assured him. Poor old Peter. Blamed for a fake Nuclear Disarmament Party HTV flier put out by Labor a hundred years ago, he was filmed on Friday night taking down Greens bunting from a fence (“He’s a good guy,” said the Greens spruikers, “It was a misunderstanding”). Still he looked not most pleased to see us, or to be spruiking for the return of David Feeney.

No Sex Party spruikers, just a sign for the magnificently moustachioed Somebody Someone for the Sexers. 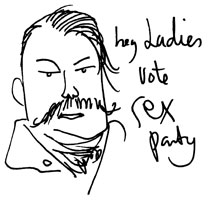 No Liberals either. Their HTVs were held under a rock, appropriately enough, kept blowing away, and the spruikers retrieved them, collective honour. “Not many Libs anywhere.”

“They were all pulled out. They’re running dead,” someone said. Interesting, if true.

Meanwhile, at Northcote Baptist, in the centre of Batman, it was going off. The whole Animal Justice group, who should have been fanned out to half a dozen booths, but appeared to be making videos of each other. 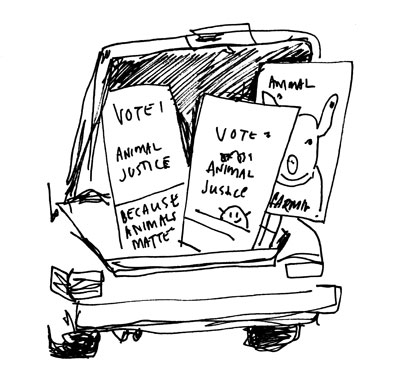 The Australian Progressives, a slightly mysterious group, had three on. “Yeah, we really better get moving elsewhere. Duncan Storrar’s campaigning for us. Do you want to meet him?”

Duncan Storrar! First victim of the campaign, pinged by News Corp for having the audacity to ask what the major parties were doing about poverty, while actually being poor himself! The horror of such unmediated speech! 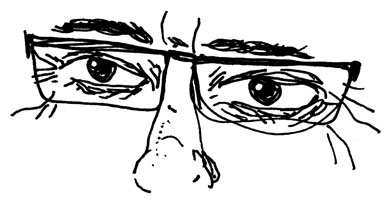 Storrar went into hiding with the pack in full pursuit, pulling his life apart. Now, bloody but unbowed, he’s back and fighting. “The Australian Progressives were the only party who supported me, got in touch with me through all that. Crikey did too — I’m really grateful for the support. So now I’m campaigning full time because no one’s talking about poverty, no one, and it’s huge. Melbourne’s full of rough sleepers.” Will he fight on? “You bet. I’m juiced. I’m gonna send a thank-you note to the Herald Sun, they did me a favour.” 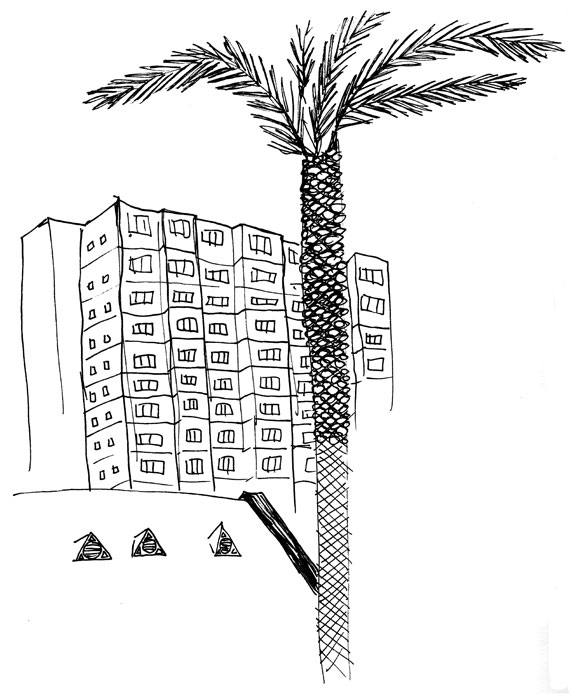 We wound up at the Church of All Nations booth, in the shadow of the Carlton flats, after a couple of other pit stops, one where I quizzed the Socialist Alliance candidate about why they’d put fellow Trots, Socialist Equality, seventh on the preferences. Was this a dispute about base-superstructure interpretations? “I dunno, I’m handing out for my partner, he’s the activist. I’m not one of the Konrads.” Konrads? Comrades! Bless.

Solitary Lib at the church booth (actually now in the primary school next door), perpetually on phone, not at all sinister. 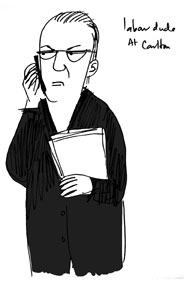 A bunch of “Phil Cleary endorses” leaflets, authorised by Phil Cleary. “Someone just dropped them off,” a spruiker said. “Who’s Phil Cleary?” And to wrap it all up, coming along the path, Dan Cass, son of Moss Cass, last surviving member of the Whitlam cabinet, with son Theo in stroller. “Moss has been rationed on political news stories for health reasons,” Dan said. “So the only one I read out for him is the one where two Libs got pinged for biting a Greens volunteer in Higgins! No, they’re not rattled.” On Theo, a worn and faded “It’s Time” top, which Dan, as a toddler, was wearing when he was held aloft at the 1972 Labor victory celebrations. 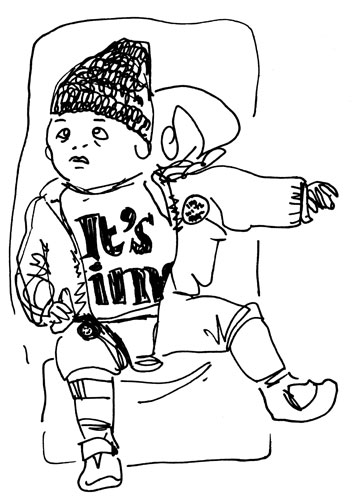 It’s still time — but as we found out on Saturday night, we don’t know what for. Still, another peaceful transition, and no one got shot (though your correspondent might be a candidate, in coming days). Eight weeks for no result! Let’s do it again in three months’ time!

9 thoughts on “Rundle: one last trot around the seats that matter (in inner Melbourne, of course)”