A flyer targeting the ex prime Minister was handed out a polling booth, focusing on council amalgamations, but who was handing it out?

A tipster tells us that a “well-known Liberal” was handing out these flyers at Mosman High on Saturday. Who could it be? 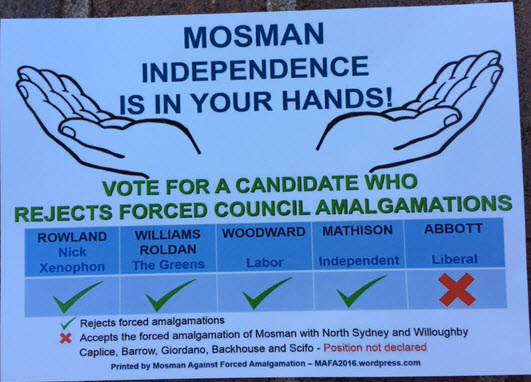