We may be well into the election ad blackout, but as Harold Mitchell says, it doesn’t apply to digital media.

Here’s what Albury Wodonga’s Border Mail website looked like yesterday afternoon. Its Victorian readers vote in Indi, where Sophie Mirabella is trying to take back the seat from independent Cathy McGowan … 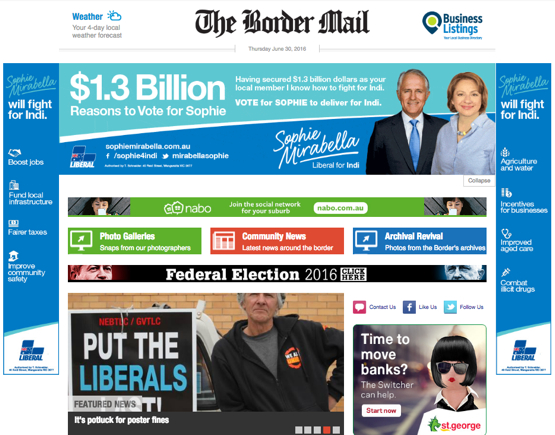 It’s far from alone in featuring heavy advertising today. The Launceston Examiner‘s readers are in Bass, held by the Liberal’s Andrew Nikolic with a 4.04% margin. The Liberal Party has bought the front page. 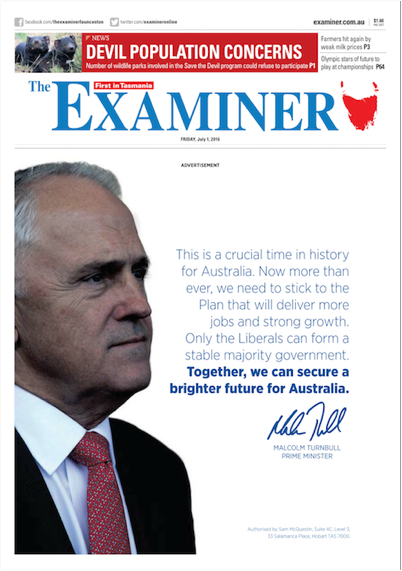 In case readers think the Examiner is turning into The Daily Telegraph, an editor’s note this morning explains the wrap-around isn’t an endorsement. 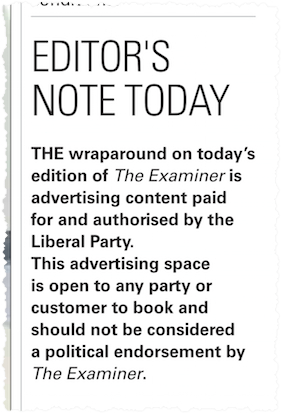 The Nationals are also buying up a lot of space … 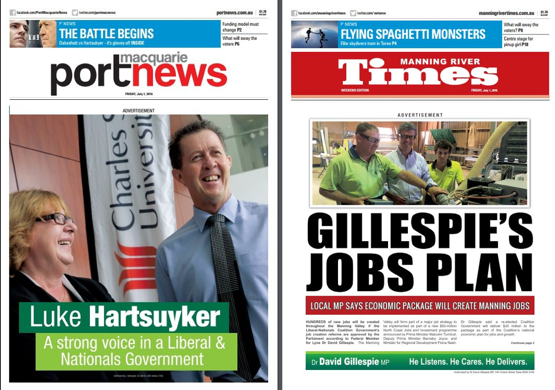