The Labor Party is distributing a pamphlet in the seat of Melbourne Ports comparing the Liberals to the extremism of Donald Trump, attacking Attorney-General George Brandis, Immigration Minister Peter Dutton and Senator Cory Bernardi. It says, “Say no to bigotry, racism and hate. This election, don’t vote Liberal”. The only problem is it doesn’t tell voters who to vote for, or the political alignment of the distributor. We called Henry Herzog, who is listed as authorising the material, and he said that it was a Labor Party pamphlet, but that there had been a mistake in the printing process and the Labor logo had been left off. He and candidate Michael Danby are not happy with the result. It still makes quite the impression. 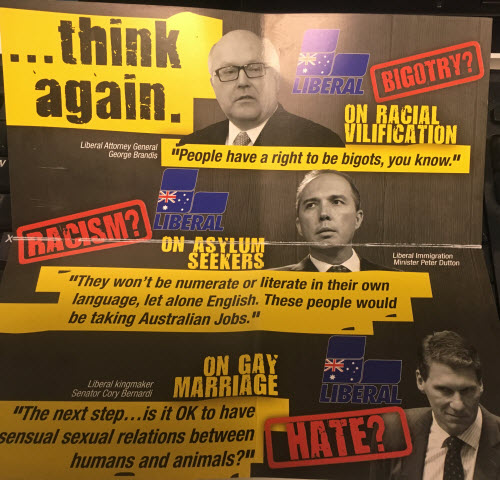 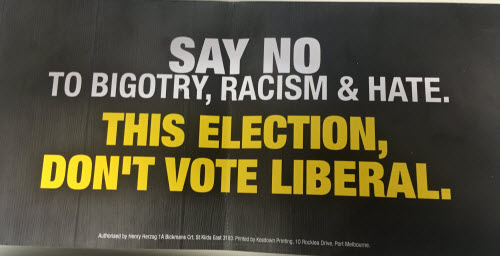 The Member for Tel Aviv Danby is desperate…as usual.