Liberals have just started throwing up random words on posters.

When Malcolm Turnbull ascended to the prime ministership, he promised that he wouldn’t treat Australians like chumps, bringing the tone of political debate up to an intelligent level. But within just a few months of PM Turnbull, Australians were having “jobs and growth” nightmares, with yet another three-word slogan war. Now a tipster tells us that the slogans aren’t even a phrase any more, just single words. This sign was spotted at a pre-poll centre in Burt in Western Australia, with the Liberals’ pitch reduced to “Stick to the plan. Stability. Jobs. Growth.” and the Labor opposition to “Avoid more bills. Debt. Taxes. Chaos.” We feel smarter already. 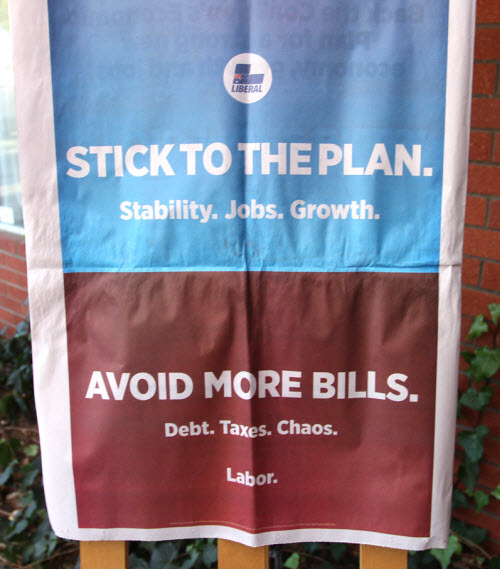