Rogues, whackjobs and NQR (not quite racist): meet your minor parties

Who said Australia was homogeneous? From gods and guns to sex, drugs and rock 'n' roll, you have a plethora of options for your Senate ballot.

While Senate voting law changes mean it’ll be harder for minor parties to get elected to the Senate, with the quota needed to get into the Senate this election set at half what it is normally, we could yet see quite a mix of minor party senators entering into our federal house of review. So what are the options?

The cults of personality

Outside of the major parties in the Coalition, Labor and the Greens, there are several parties contesting this election who already have sitting senators there who can be, in some cases literally, the face of the party.

Many of the fringe Christian parties this election are campaigning on the grounds that they’re a “true” conservative force because the Coalition is now led by a man who endorses marriage equality, and Labor is going to bring it on if elected. Plus Safe Schools or something.

If Christianity is your thing but you aren’t a fan of Family First, then your first port of call is probably the Christian Democrat Party. This is the party of long-time anti-gay politician Fred Nile, and he is running candidates for the Senate in most states, plus in a few lower house seats. There was a tussle in the New South Wales race for the top Senate ticket for his party, with Nile’s (second) wife Silvana Nero-Nile losing out to Nella Hall. But not to worry, despite living in New South Wales, Nero-Nile has decided to run in Tasmania anyway.

There’s also the Australian Christians. It’s largely the same as the CDP as it was originally formed after the Victorian and WA branches of the CDP decided to split and form their own party. So far the party appears to only be running candidates in Victoria, WA, and Queensland.

There’s also Rise Up Australia. This group has a notorious history after the party’s leader Danny Nalliah blamed the Black Saturday bushfires on abortion.

On the outdoor activity side of the ledger, there’s also the Shooters, Fishers and Farmers Party. The Australian Recreational Fishers Party is not really anti-Greens, judging by party policy — just very pro-fishing.

The Australian Sex Party is in with a good chance to pick up the final senate spot in Victoria, according to Green. The party has a much wider platform than its origins, with Victorian Sex Party MP Fiona Patten telling Crikey that should a senator from the party be elected, they would be pushing for the federal government to move on legalising sharing economies across the board, similar to the ride-sharing bill introduced into Victorian parliament by Patten this month. On the drugs side, there’s the Help End Marijuana Prohibition (HEMP) Party, Smokers Rights Party, and while there is no music-specific party, if you want a party all about the arts sector, there is the Arts Party.

The ‘we’re not racist, but …’ parties

To be fair, there is a lot of cross-over between Christian parties and anti-Islam parties, but there are parties that are more focused on challenging Islam’s influence in Australia than hating on the gays (although there often is some of that, too).

Everyone’s favourite serial election candidate Pauline Hanson is, according to ABC election analyst Antony Green, in with a real shot to get elected back with the party that made her famous One Nation. While she no longer makes Asian immigration the key component of her election platform, she is now very focused on the role of Islam, and wants a royal commission into Islam.

Australian Liberty Alliance’s third-biggest policy is “Stop the Islamisation of Australia”, while also being against treating “homosexual partnerships” the same as “marriage and natural families”. The party has the most candidates in Queensland, but is running a Senate candidate everywhere except the Northern Territory and ACT.

Australia First Party is only running in NSW but has a core policy of abolishing multiculturlism and ending immigration.

Kim Vulga, better known as the woman from the Go Back to Where You Came From TV series who did not change her views about asylum seekers is running as an independent Senate candidate in Queensland but claiming to be part of the Love Australia Or Leave party. It is not a registered political party for this election.

One party to watch out for is Health Party Australia, which got the donkey vote top spot on the NSW senate ballot paper. Although on the surface that all sounds well and good, it has some interesting policies. For example, they’re anti-fluoridisation, pro-natural medicines, pro-home birthing, and want to repeal the government’s “no jab, no pay” policy to deny welfare benefits to parents who refuse to vaccinate their children.

Then there is a grab bag of a broad mix of parties. Pirate Party Australia has been around for a few election cycles. The party is very libertarian in focus, and has a strong technology-literate policy agenda. There’s also the Science Party — for science!

Then the usual mixture of older parties that have been around for a while and will remain a fixture of Australia’s political landscape including Socialist Alliance, Socialist Equality Party, Democratic Labour Party and Citizens Electoral Council (whose website currently alleges conspiracy theories in 9/11, the death of Princess Diana, the Orlando massacre and the Sydney siege).

Like taking online surveys, but for democracy? There are a few parties advocating for the public to vote online directly for policy including 21st Century Australia, Flux (or VOTEFLUX.ORG | Upgrade Democracy! as it appears on the AEC’s website), and Online Direct Democracy. 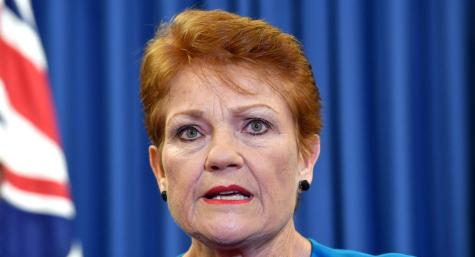 Xenophon sets the cats amongst the pigeons

How about taking a closer look at the Animal Justice Party?

Why? Do you know something we ought to know?

Pauline Hanson wants a royal commission into Islam? If ever there was an indication she knows a nothing about either…. So many parties with so little logic, and so little hope of getting their deposit back. I suppose I can just give a sigh of relief that they don’t have the nous to combine and be a real force with the ‘Total Nonsense’ party. Or as the sub-heading is giving an apt suggestion, the ‘We’re not racists but..’ party.

It’s interesting, if also quite sad, that there are a lot of people in politics who are there purely out of hatred of something. Pauline Hanson is the prime example here, but even Tony Abbott was completely defined by the things he rejected rather than the things (whatever they are) that he stood for.
In that sense, at least some of the single issue parties like the Bullet Train, Arts, Cycling, etc stand for something they want to achieve. Whether I agree with their goals or not, I prefer this any day to the ones who just run on hatred and blind opposition.

Quote: “Everyone’s favourite serial election candidate Pauline Hanson is, according to ABC election analyst Antony Green, in with a real shot to get elected back with the party that made her famous One Nation. ”

Surely the party that made Pauline Hanson famous was the Liberal Party – One Nation only evolved from that moment.

Wow, it is nice you went to the effort of identifying all these parties, but you could not hyperlink their name to their respective websites???