The Glen Eira councillor made the comments in a popular Chinese language chatroom about same sex marriage and bestiality. 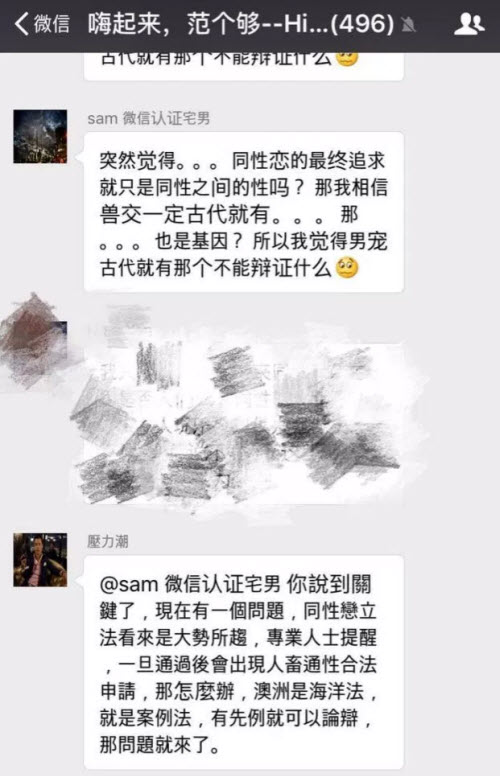 The comments were picked up by a blogger, who says the forums have become a popular forum for Australian political campaigning, with Liberal candidate for the seat of Hotham, George Hua, using it to campaign before campaigning was banned in the group on Wednesday. We are told that the group is a public chat room with about 500 people, including many Chinese immigrants to Australia.

We are told the comment was made in relation to a post regarding the Safe Schools program, and that another member said that same-sex relations were natural and had happened throughout history. Ho told Crikey that he was in the group in a personal capacity and said it was a private forum. “That’s private chat room and it’s my personal view of same sex marriage. And I mention someone will apply for legalise bestiality, please make clear translation on this part.”

Crikey has had the comments translated by three people, Councillor Ho says the translation is incorrect, but has not provided details on where he believes it is inaccurate.

Contact the Glen Eira council and write a complaint about this councillor. People like this should be out.