Turnbull’s Digital Transformation Office a bit of a damp squib

So much for Turnbul''s "agile", "disruptive" Digital Transformation Office. It has actually done a bit of sweet FA.

Prime Minister Malcolm Turnbull sounds his most excited and most animated when talking about the relatively dull topic of digital government, but a year on from the creation of his Digital Transformation Office, most people are wondering what exactly the office has accomplished.

Yesterday at an event talking about how innovative Qantas is, the Prime Minister spoke glowingly of his pet project when he was communications minister, the Digital Transformation Office — which now resides in the Department of Prime Minister and Cabinet:

“We already have some exemplar services out there. Easier to register — much easier to register a newborn for example and shortly we will be setting out a full-blown ‘tell us once’ application which will enable you when you change your address to change it once and if you choose for that change of address to be given automatically to other institutions in government, other agencies in government and indeed other — perhaps your bank, your insurance company and so forth.”

“We want to make the government so accessible that you feel, Australians feel, their government is as easy to deal with as the most efficient private sector online business. That is our goal. A lot of cultural challenges there I can assure you.”

The government is throwing a fair amount of money at the venture — more than $254 million in the 2015 budget — and when Turnbull launched the DTO last year, he set the office four tasks:

Turnbull said these projects needed to be done in an “agile” manner:

“The emphasis will be on agile design and nimble development. Projects will be delivered over short, 90-day cycles. This means that the alpha and beta services won’t be perfect, but it’s a fundamental shift to the way government has done things in the past. This change should be seen as an opportunity, not a risk, and will require a fundamental shift in culture. The DTO needs to be more like a startup in its attitude, tossing aside the rules-based, regrettably blame-based, often, culture of the public service to one that embraces and rewards principles and values.”

These are not revolutionary digital government projects by any means, but in reality, the projects appear to have still not met the timetables Turnbull or the DTO have set themselves.

On the digital identity, “discovery” started in January this year, and the public testing is not expected until August. None of its partnering with government agencies has led to a publicly accessible live site yet. The five projects are with the ACT government, the Queensland government, Human Services, and the Department of Immigration and Border Protection. Some of these are believed to be limited beta, and internal betas, but that seems counter to Turnbull’s promise to let these changes be viewable publicly, even if they’re not perfect.

Beta testing of performance dashboard is due this month, but it has not yet been released. The alpha testing was never released as it was supposed to be in May. A digital service standard has been developed, but this is more a guide for agencies in how they should develop digital services, rather than a specific digital service developed, and it has no direct impact on end users. A new cloud services platform for government on cloud.gov.au is being tested using the above sites. On procurement, a beta test of a digital marketplace is not expected until early next year.

Strangely, yesterday, Turnbull announced that if the Coalition won the election, an extra $50.5 million would be allocated to complete one of the four tasks Turnbull set the DTO to undertake a year ago: fixing myGov.

It was established as the one-stop-shop for government services online, but many users report myGov is clunky and hard to log into. Users are often locked out of the service after failed login attempts, and there have been questions over the security of the service. This is hardly ideal for people needing to access their Centrelink services or do their taxes. Turnbull said yesterday that the DTO was working to improve myGov by letting users choose a unique username based on their email address, rather than relying on the often very lengthy and confusing assigned usernames.

Part of the issue is there is believed to be a disconnect between the DTO and the departments it is overseeing. This is not helped by the decision to base DTO in Sydney — where lots of startups are located — rather than in Canberra, where the agencies are located, meaning DTO still seems an outsider. Another issue seems to be the inspiration for DTO. Much of the model for the DTO has been based on the UK model, something Turnbull himself has unashamedly admitted in the past. In fact, the CEO of DTO, Paul Shetler, was brought to Australia from the UK’s Government Digital Service (GDS) to Australia, along with several other senior staff.

DTO and GDS also recently signed a memorandum of understanding to share information and staff. But the GDS is plagued with issues. The GDS attempted to fix a rural payments system and ended up going 40% over budget, with more costs expected to come from the mishandling of the upgrade.

The UK’s national audit office found last year that there had been little evidence that UK departments moving to digital services were making the expected cost savings promised by the digital transformation works.

Most recently the GDS was given 450 million pounds by the UK government, but with very little information on what it was to do with that funding. This is similar to the mystery $500 million outline in the Australian government’s budget for “transforming the public sector“.

The “Verify” service that DTO is basing its identity verification service on has been missing its sign-up targets for users to register, partly due to the rural payments issue, and due to difficulty recognising businesses on the service.

GDS was responsible for online voter registration for the EU referendum, and the site crashed just before deadline to register ended last week, with many duplicate registrations reported on the service.

A spokesperson for the DTO did not respond by deadline.

Labor so far hasn’t promised to keep the DTO if the party wins government on July 2. Turnbull is promising a “digital transformation roadmap” for November outlining how all major government services will be overhauled. If the achievements of the DTO to date are anything to go by, there won’t be much on the map. 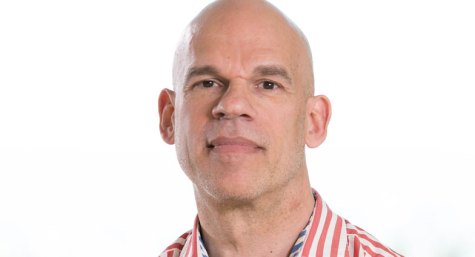 Why did Turnbull’s handpicked digital man resign so soon?

I still don’t see our PM’s signature on the AgileManifesto…I bet he has not read it, and does not know what the term means in relation to software development. He should really stop using the term.

It probably doesn’t help that more stuff gets loaded on to Centrelink or the myGov site, now including Medicare.

Service provision in the UK could not be more 19th century. For example, to get my UK licence for example, I have to fill in a form and mail it (yes snail mail) along with ORIGINAL identity documents to an office in Wales. there is no provision for even doing it at a local office, let alone on-line. They are the last people I would be asking fore advice on digital government.

Calling the myGov website clunky is too kind.
Might it be something to do with crappy Net provision?

Interesting article. Thanks. I do suggest asking for an invite to the weekly showcase that’s held in Canberra and Sydney DTO offices. It’s an amazing sight to see teams from different arms of government working with researchers, designers and developers in a very agile fashion. Lots of all the right methods and artifacts for great agile practice too, Stuart.

One thing I think this article misses is just how hard it is to change the way a bureaucracy deals with risk and “making things”. One year is a very short time to think about the culture change required to be agile in a government of our size and complexity.

I’d hate to see this progressive media org run a campaign that began to scare people off because the system of hundreds of years hadn’t been changed in one. That might begin to be a little ironic, tbh.

The hardest thing of all is to get an IT solution to a problem that actually exists, and doing it for under 10 times what it was quoted.

IT are starting to appear more and more like HR, very agile at coming up with new terminology and acronyms for the way that everyone else has been doing things for years.