Labor and the Coalition are both running scare campaigns over the Greens bogeyman. But there's a way for the progressive parties to get along instead.

It’s the election where everyone seems to want to talk about the Greens, but nobody wants to talk to the Greens. Both major parties deny any deal-making with the Greens, while each accuses its rival of this mortal sin.

Yet many people on (broadly speaking) the left of politics are obviously frustrated at this state of affairs. They see Labor and the Greens as natural allies and can’t understand why they are unable to co-operate and spend so much time fighting each other.

[Helen Razer: Why I’ll never vote for the Greens]

There’s now a book addressing that very issue: How to Vote Progressive in Australia: Labor or Green?, edited by Dennis Altman and Sean Scalmer. At its launch last night in Melbourne, two of the contributors, federal Labor MP Andrew Giles and Victorian Greens MP Ellen Sandell, tried to explain their parties’ love-hate relationship.

For some in the two parties, their differences reflect a major philosophical divergence. But neither Giles nor Sandell seemed to think anything so deep was at stake; their explanations of the failure to co-operate were much more pragmatic.

Sandell argued that Labor needed to be willing to yield some power to negotiate for progressive outcomes. Although she avowed the Greens’ aim of eventually governing in their own right, she presented them for the time being as willing, even eager, to work together with the ALP.

Giles pointed out that not all Greens were as interested in co-operation and argued that progressive results were best achieved by working within the Labor Party and by securing a majority Labor government. He cited the Andrews government in Victoria as an example of this sort of success, while Sandell argued that its more progressive policies were largely a result of electoral pressure from the Greens.

[Labouring hard on a story of Greens-Liberal conspiracies]

It seems to me that each side in this debate is in a state of denial — one about electoral reality, and one about strategic reality.

Giles, and Labor’s left in general, are in denial about the basic fact that Labor does not have anything like majority electoral support and is unlikely to ever get it. Even if it does not depend on the votes of Greens MPs, it is certainly going to depend on Greens preferences to win a majority of seats.

The model of implementing progressive policies by winning a narrow majority at an ALP conference and then governing alone on less than 40% of the primary vote (the Andrews government won with 38.1%) is a fundamentally undemocratic one, and this problem is getting worse rather than better.

Sandell and the Greens, on the other hand, are in denial about the basic strategic fact that unilaterally tying themselves to Labor does not help their bargaining position. The most eager suitor is the one that can be treated with the most disdain, because their very eagerness shows that they have nowhere else to go.

If the Greens proclaim that they will never do anything other than support Labor, then Labor has no reason to negotiate with them or address any of their concerns. Why bargain for support that you are going to get anyway?

So the short-sightedness of both parties pushes them into a zero-sum game. The Greens, having closed off the option of genuine independence, have to directly attack Labor’s seats in order to be noticed, while Labor has to demonise the very people whose support it needs in order to frighten the Liberals away from dealing with them.

What makes this all so much more destructive than it need be is our electoral system. Because parliamentary strength is based on single-member electorates, parties have to fight each other directly for territory.

It’s no coincidence that the places where Greens have formed constructive relationships with more established parties are mostly ones with proportional representation, where a party can try to maximise its vote without the same sense of fighting for the same seats.

This isn’t rocket science — New Zealand managed the change very successfully 20 years ago. There’s no reason we couldn’t do it as well.

If Labor and the Greens were serious about building a non-adversarial relationship, they would co-operate to promote electoral reform. But Labor still indulges the hope that it can govern alone from a minority base, even as it de-legitimises the voices it needs to give it power.

Poll Bludger: have we reached a Greens zenith? 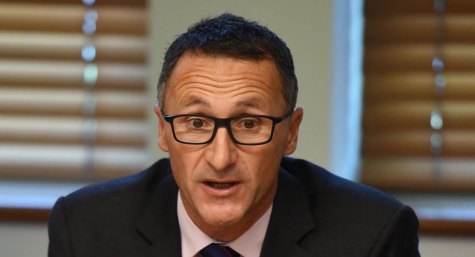 Strange bedfellows: what a Liberal-Greens preference deal says about both 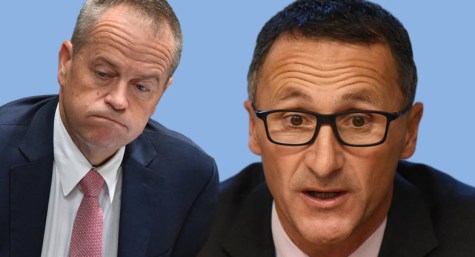 The reality is that at the moment the Greens supporting the very right-wing LNP if they could decide which old party governs would be a Democrats GST moment for them. So I think is sensible that AT THE MOMENT they make very clear that they won’t support the LNP.
But this doesn’t mean that the Greens are supporting the ALP’s policies. As the Gillard years showed the Greens can support the ALP governing whilst treating each piece of legislation on its merits. And we all know that there were many example where the Greens voted against ALP legislation when Gillard was PM.

Will be interesting to see what happens in Batman, the only seat the Greens have a chance of gaining

Another key issue is whether or not the ALP is a party of ‘the left’.

I think the evidence shows that though they are to the left of the LNP, the ALP have moved so far to the right that compared to most OECD governments they are a party of the right.

It’s easy to give lots of examples to make my case (but I’ll not bore readers with this unless asked).

(The debates here used to be very active years ago when most articles at Crikey could be read for free. I’m enjoy a free 2 week trial. I think the articles are as good as they used to be, but it is a pity the discussions have diminished to the point where at the moment I’m talking to myself.)

I don’t think it has to be like that, however. The ALP is a mutable beast. As mentioned in the article, the current Labor government in Victoria is proving to be surprisingly progressive, even by Victorian standards – and the reason it can do so is that the Greens’ success has provided both space and motivation for Labor to shift left.

A proportional representation electoral system wherein Labor and the Greens could often rule in coalition or tacit alliance could, I think, prompt more of the same ALP repositioning.

“It’s no coincidence that the places where Greens have formed constructive relationships with more established parties are mostly ones with proportional representation, where a party can try to maximise its vote without the same sense of fighting for the same seats.
This isn’t rocket science — New Zealand managed the change very successfully 20 years ago. There’s no reason we couldn’t do it as well.”
There are a number of reasons why it won’t happen, as desirable as it is. The present system suits the two main parties very well.. They have to spend periods in opposition but they also get to spend periods in government. Why would they change something that operates to their benefit?
Secondly, there is a particular Australian mind set that thinks that whatever is currently the system is the best possible system. An arrogance that extends in a number of directions, including, uniquely among developed nations, to not having a Bill of Rights.
If I were NXT or the Greens I would make it a condition of support after the election (which either will surely need) to have a real reform of the electoral system. We may even enhance our democracy in doing so.

Thanks for the comments. Yes James, I agree about the forces working against electoral reform: while, as I said, “there’s no reason we couldn’t” make the change, there are lots of reasons why we won’t.
Michael, I think you’re basically right about the ALP in general. I was specifically focusing on the ALP left, which denies having any such big philosophical difference from the Greens, but which still adopts a very hostile attitude electorally. But part of the problem is that the ALP doesn’t want to admit that it hosts such divergent tendencies – much the problem that the Coalition parties had in relation to One Nation.