Is it the job of the public broadcaster to weigh in on official channels about the term "radical Islam"?

An ABC staff member has been “censured”, The Australian revealed this morning, for tweeting a personal opinion from the official ABC Religion and Ethics account about how best to refer to terrorism committed by Muslims.

Though “censured” might be too strong a word. In a statement sent to the Oz yesterday, and Crikey this morning, an ABC spokesman said ABC Radio had “spoken” with the staff member about the tweet, which breaches the ABC’s social media policy. In the tweet, the account endorsed a statement that “unless you want to offend or alienate Muslims, there’s simply no good reason to ever use ‘radical Islam’ over more precise alternatives”. This, the ABC account tweeted, “ought to be displayed prominently in every newsroom”.

The tweet, sent at 9am yesterday, hasn’t been deleted.

Well said – this statement ought to be displayed prominently in every newsroom. https://t.co/hKQKTUhP72

“As per usual ABC practice the post will not be removed as it is not defamatory, abusive or offensive,” the statement reads. “The tweet has provoked a robust debate and it is preferable, for reasons of transparency, that it remains in place.”

The ABC declined to say who ran the account. It’s caused controversy before, having been covered on Media Watch in 2013 after it made several highly opinionated tweets about politicians. At the time, the account carried a description that said it was operated by Scott Stephens, the editor of ABC Religion and Ethics. It no longer carries this description, but the account maintains a similar personal tone.

The tweet sent yesterday morning garnered four retweets and several dozen negative reactions from citizens unhappy at being told not to offend Muslims by their public broadcaster.

By 4pm, it had made its way to Tim Blair’s blog, though much of the outrage came earlier than this.

The author of the sentiment retweeted by ABC Religion and Ethics is Shadi Hamid, a senior fellow at the American think tank the Brookings Institute. Pressed by his own followers on what the alternatives to the terms “radical Islam” are, he suggested “radical Islamism, jihadism, Islamic extremism, and so on”.

The phrase “radical Islam” is a key battleground of the culture war in the United States.

The conflict goes back to Republican president George W. Bush, who drew censure from conservatives for referring to a “global war on terror” rather than a war on Islamic extremism — he avoided referring to Islamic terrorism for much of his presidency, with some exceptions (he referred to “Islamic fascism” once in 2006, and, facing backlash, rarely did so again) .

It’s a tactic that’s been kept up by his successor, Barack Obama. Several Republicans, including presumptive presidential nominee Donald Trump, have for years been criticising the administration over its unwillingness to refer to Islamic terrorism.

On Sunday, Trump put out a statement saying if Obama refused to use the phrase “radical Islam”, he should step down:

“If we do not get tough and smart real fast, we are not going to have a country anymore. Because our leaders are weak, I said this was going to happen — and it is only going to get worse I am trying to save lives and prevent the next terrorist attack. We can’t afford to be politically correct anymore.”

Obama usually prefers to talk of “terrorism” and the fight against “ISIL”, without singling out Islam.

In a speech on Tuesday widely viewed as a response to Trump’s statement, Obama said he didn’t seek to validate groups like Islamic State by talking about Islam in describing terrorism.

“They want us to validate them by implying that they speak for those billion-plus people, that they speak for Islam. That’s their propaganda, that’s how they recruit. And if we fall into the trap of painting all Muslims as a broad brush, and imply that we are at war with the entire religion, then we are doing the terrorists’ work for them.

The ABC as a whole doesn’t hold to the same view, and the phrase “radical Islam” is used frequently in its coverage.

“The ABC has not issued any advice to staff and does not have a policy about the use of the term ‘radical Islam’,” a spokesman said. “The ABC holds the view that language should in all cases be as accurate and informative as possible.” 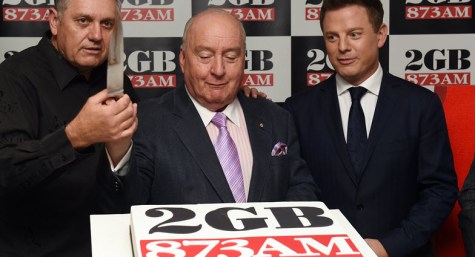 And the Wankley goes to… 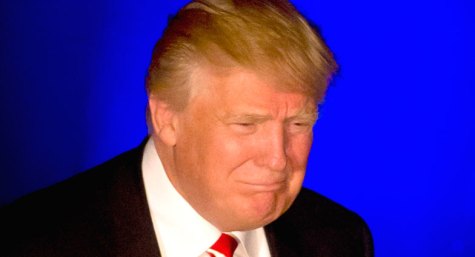 Why are conservatives so damn obsessed with Islam?

‘Condemn or be condemned’: the optics of responding to jihad

I think the tweeter is correct. What does ‘radical Islam’ actually mean?

I’m sick of the phrase “lone wolf” for these murderous bastards.
As with ‘king hit’ now being officially termed “coward punch” why not call these crazies what they are, “mad dogs”?