One of the major parties does indeed, in the words of Scott Morrison, have an "absolutely howling shocker" of a record on managing the deficit. But it ain't Labor, writes econometrics writer Alan Austin.

Treasurer Scott Morrison lambasted Labor’s legacy on Friday’s ABC radio AM program and curtailed any Coalition criticism. He used, effectively, a trick his side gets away with all too easily.

MICHAEL BRISSENDEN: Wouldn’t Labor be perfectly entitled to argue they’ve been forced to accept some of your cuts because they’ve been left in a disastrous fiscal position with the disastrous legacy of your government.

I mean just after three years …


Invest in the journalism that makes a difference.

SCOTT MORRISON: No, I don’t accept that at all, Michael.

MORRISON: Hang on, Michael, could you explain to me how you think we’ve tripled the deficit given that is a straight-out Labor line that is being run, you’ve just repeated it so maybe you can explain to me how that is substantiated.

Several journalists in Australia could readily explain how. Luckily for Morrison, Brissenden is not one of them. This gave the Treasurer free rein:

“Now if you’re suggesting to me, Michael, that somehow Labor was a better manager of money when they were in government then you can make that suggestion but I don’t think the Australian people would concur … Labor is still saying they can run higher debt and higher deficits … that is a recipe for fiscal chaos … if you want to believe the same old Labor rhetoric again, well then go right ahead … Labor’s record on this is an absolutely howling shocker.”

And on it went. So, what is the reality? Has the Coalition trebled the deficits? There are several ways to check.

In his 2014 budget speech then-treasurer Joe Hockey forecast these deficits for the next four years:

Compare that with actual outcomes, as shown in the latest budget papers and pre-election economic and fiscal outlook (PEFO):

If we take the latter three years only — eliminating Labor’s legacy — the factor is 3.4. All those numbers were generated by the Coalition.

The PEFO is released before each federal election by the heads of Treasury and the Finance Department. Authored by non-partisan economists, it is regarded as free of political spin.

Before the 2013 election, the PEFO forecast these deficits:

Compare that with the 2016 PEFO, released three weeks ago. Forecasts for the next three years:

Compare the 2013 PEFO with actual outcomes

Labor may wish to observe here that 2012-13 was still impacted by the GFC, with eight OECD countries still in recession. In 2014-15, none were.

So, whose record is an “absolute howling shocker”? 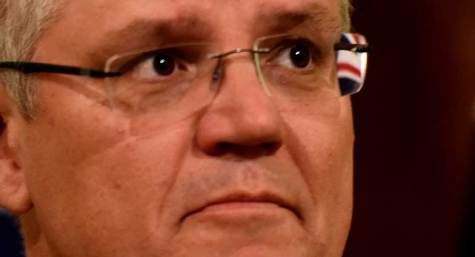 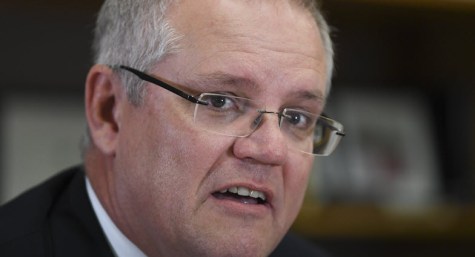 Pointing out how hopeless the LNP is at managing anything seems to fall on deaf ears. The LNP and their shills continually push the line that they are the better economic managers, despite all evidence to the contrary. I heard a vox pop on the radio earlier today with one person saying they would be voting LNP precisely because they were better at managing the economy than Labor. Go figure.

It happens all too often on the ABC. The journalist asks a question and then lets the Coalitions go off on a party political broadcast with no further intervention from the journalist.
I love the ABC but there has been a distinct bias towards the Coalition this election.

As Labor did, with one-off payments.

Or the LNP can do it during times of great prosperity, giving away tax cuts and superannuation concessions that leave the budget in structural deficit after a boom.

It takes a special talent to be that bad, and still call yourself ‘the better economic manager’.

Totally depressing. There is a desperate need for better qualified journalists interviewing politicians like ‘the hammer drill’ Morrison, for a start being able to get a word in edgewise. Although I suspect more people a being turned off by his abrasive style.