By not quoting victims, the effects of violence is minimised, the authors of a landmark study say.

Last Thursday, American athlete Brock Turner received a six-month sentence for raping an unconscious woman behind a dumpster at Stanford University. On Saturday, BuzzFeed published, in full, his victim’s 7000-word statement. She directly addressed Turner in court, eloquently detailing the physical and emotional pain she suffered as a result of the rape. Her statement garnered more than 5 million views on BuzzFeed and has been republished through much of the global media. On CNN’s Legal View on Monday, host Ashleigh Banfield spent 23 minutes reading the statement live on air. In Australia, it has also been reprinted by both News Corp and Fairfax outlets, and has prompted no small amount of public commentary.

But the publication of the Stanford woman’s letter is utterly unusual. A landmark study by Australia’s National Research Organisation for Women’s Safety released this week highlights just how much.

Luke Lazarus, a Sydney nightclub owner, was last year convicted of raping an 18-year-old in a laneway (the case is being appealed). Like Turner, Lazarus came from a powerful family. And his victim also had a powerful victim impact statement that was read out in court. But when the story ran in the media, her impact statement was minimised, the study found. It was often placed at the very bottom of the news stories, and the most powerful parts were not published. Physical descriptions of the victim’s trauma — such as how she sat in the bath for days after the attack, or how she cried so much she couldn’t breathe — for the main part weren’t included, while abstract statements that she had “lost trust” in people as a result, were.

Of the nine stories printed about the case in Sydney’s newspapers, most highlighted Lazarus’ experience of trial — his statements about his life having been destroyed and his anguish at the case.

The rape itself was described in “pornographic detail” in many of the reports. But the aggressive language Lazarus used during the rape was blanked out. “This suggests an editorial decision was made that the graphic rape detail … was considered suitable reading material, but the swearing was not,” the report states.

Professor Patricia Easteal, a legal academic at the University of Canberra who worked on the report, told Crikey she was surprised by how fleetingly the victim in the Lazarus case was quoted. “In the Lazarus case, the voice of the victim was heard through the police, or through selective quotations.”

The study, which included a quantitative analysis of 4500 stories published on violence against women in a four-month period (February to June 2015) as well as an in-depth examination of how three high-profile cases were reported, suggests this isn’t unusual.

“For the most part, when it comes to victims, we hear expert voices,” Easteal said. “It’s like the victim’s voices don’t have enough legitimacy — they must be legitimised through an overlay of expertise.”

The effect of this, says Melbourne University’s Dr Georgina Sutherland (who also worked on the study), is that appearance of the harm caused by violence against women is minimised.

“If we could see in the media more information about the impact of violence on victims, then I think that would be a really big step towards passing the problem of victim blaming,” she said. “If they remain [in the] background, it’s easy to scrutinise them or to shame them. When they’re given voices, in the way the woman at Stanford Uni was, it flips that on its head.”

The harm of violence against women was minimised in other ways, too. The study highlighted that images of smiling women taken from their social media profiles often accompanied stories of brutal violent attacks. “The images are often quite contrary to the seriousness of the story — because that’s the type of image that’s easily accessible,” Sutherland said.

The study found a minority of media reports still feature details that implied the victim was to blame. Incidental details about the use of alcohol, what victims were wearing or their relationship to the perpetrators of violence were included in around 14.5% of all reports on violence against women. That figure jumps to 16% in reports about rapes or sexual assaults, specifically.

Easteal says it comes as no surprise to her as a legal academic. “The mythologies about family violence and sexual assault that continue to be held by many in the community and in the justice system. So why wouldn’t we see these myths in our journalism? It would be surprising if we didn’t.

“We still see myths about who is a good rape victim. The victim in the Lazarus case was 18, Madonna-like, a virgin. She was a good victim. And that’s scary to me. Because if even the good victim’s voice gets lost in the reporting, imagine if it was someone else.”

If you or someone you know is impacted by sexual assault, domestic or family violence, call 1800RESPECT on 1800 737 732 or visit 1800RESPECT.org.au. In an emergency, call 000. For more information about a service in your state or local area download the DAISY App in the App Store or Google Play 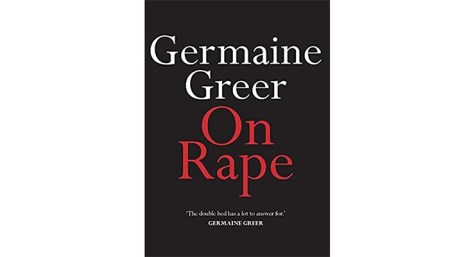 On Rape is not good enough to be truly controversial

It seems to me that rape is not only a physical assault but also a psychic and spiritual assault. Consider for example how many boys sexually assaulted that grow up to perform the same crime. Sexual assault is one of the few contagious crimes.

Hi Myriam, this is a really interesting point. You’re right editors go through a sanitisation process when publishing. Another part of the problem could be the way journalists are taught to cover court (give relatively even coverage of both sides prior to verdict, then cover the result, focusing mostly on the judge’s comments) as well as the way evidence is made available. I used to report on court years ago and would often report on victim impact statements if they were made. But they were not often even read out to the court, whether by the victim or anyone else (which is understandable on the victim’s part … they’ve been through hell already and not everyone has the mettle of the young woman in the Turner case). The VISs would be tendered as evidence, which meant they would be considered in sentencing and as media you could technically access them, but you had to specifically request them in writing. Thinking about it now, that’s a pretty skewed sort of set-up given the weight those victim impact statements should be given. I read that victim statement from the Stanford case and cried my way through parts of it. Not everyone is as eloquent as she is, but I’d like to think more people would consider the seriousness of rape and its lasting impacts if they had the chance to read about it more often, framed in a similar way.

This is pretty sloppy journalism to miss what might be a glaring and fundamental flaw in the research. The research method (to my reading) clearly states that only articles relating to women and violence were analysed. There was no comparison to articles about violence committed against men. It can be said that press is unsympathetic to victims. But, its not possible to ascertain from this research whether this is a gender related issue. It leaves the researchers open to the charge they framed the research to provide the conclusions.

It isn’t sloppy to miss something that is a might and also not relevant when talking about women, so no.

As soon as anything about sexual violence against women comes out there are men going on with “yeah, but, what about men, but”. It’s like they can’t bare to even let what little is given to female victims of sexual assault go without comment.

Its funny when you challenge women with a suggestion that something that happens to everyone is not actually a gender issue. You do tend to get a response that has nothing to do with the validity of evidence or your actual point.
That and the assumption you’re a man.