Victorian Transport Minister Jacinta Allan has claimed that no other state (except Queensland, in banning Uber) has enacted legislation around Uber, so what’s the rush for Victoria to get on board? But the so-called progressive state is severely lagging behind several of its counterparts in moving to allow the ride-sharing service to be used. What is the status of the transport company in each state?

Uber’s legality in Victoria — specifically for its Uber service — has been up in the air for years, and most recently a court case threw into doubt the ability of the Victorian Tax Commission to be able to crack down on Uber drivers. An archaic section of the Transport (Compliance and Miscellaneous) Act 1983 that the County Court in Victoria interpreted as meaning each passenger needed to be charged separately in order for a service to be considered a hire service resulted in the finding that compliance officers — who travel in pairs — could not fine Uber drivers for being in breach of the act because they were charged just one fare for the trip. If an officer had travelled alone, the defence would not have applied.

Instead of using this as a catalyst for major reform of hire car regulation in Victoria, the state government has instead this week opted to swiftly pass legislation to close the loophole.

“It should not be in the legislation, it should have been dealt with decades ago and the legislation introduced today will remove it,” Allan said in a statement yesterday, saying it was “not relevant” to legislation around ride-sharing. In an interview on ABC radio yesterday morning Allan defended the government’s inertia on the matter by stating Victoria was not alone in not yet legalising Uber.

Sex Party MP Fiona Patten said that was incorrect given the ACT had acted, and various other states had implemented regulation, but she told Crikey it was no excuse.

“Victoria is a progressive state, and they boast about being leaders in technology, and leaders in progressive legislation, so to just say ‘we’re not doing X because no one else has’ is just a cop out. I think it is more to do with appeasing the taxi industry.”

Patten will introduce a private member’s bill that would establish a framework to allow Uber and other sharing services (such as Airbnb) to operate in the state. She said that the government had not explained to her why it wasn’t moving to act on Uber at the same time it is closing the loophole.

“All this does is further highlight the need for regulation of ride-sharing,” she said.

There are broad offences to deal with safety and accountability, health and disability issues for drivers and the ride-sharing companies, Patten says, similar to the way transport regulation for hire cars work today. There is no compensation in the legislation for the very vocal taxi industry, concerned that Uber’s arrival will devalue their investments in taxi licences, because Patten says she cannot appropriate funding as part of a private member’s bill.

This week, the safety of services like Uber was thrown into question when Lucy Thomas, who works for an anti-bullying organisation, and her partner were abused by an Uber driver in Melbourne over the weekend. Uber quickly fired the driver, and Patten said that internal action by the company meant that government could stay out of acting in cases like this.

After months and months of cracking down on drivers in the state, NSW Premier Mike Baird announced in December that the government would legalise Uber, compensate taxi licence plate owners to the tune of $250 million with a $1 levy per trip to pay for it, and appoint a new regulator to oversee the industry.

While everyone cheered the New South Wales government in legalising Uber through regulation changes in December, technically legislation to allow Uber to operate in the state has yet to pass the New South Wales Parliament. The Point to Point Transport (Taxis and Hire Vehicles) Bill 2016 was introduced into the NSW Legislative Assembly last week.

Uber is still very much opposed by the Queensland government. Legislation passed in state Parliament in April means Uber drivers could be fined more than $2000 for operating in the state. The legislation was introduced by independent Rob Katter but had the support of both the LNP and Labor parties.

Although he supported the legislation, Transport Minister Stirling Hinchliffe said a taskforce was still examining the issue of ride sharing and would report back to the government in August on how to update the state’s public transport framework:

“I think the Queensland government has been prudent and sensible in undertaking a considered, engaged and very consultative review process to look at the way the issues for personalised transport shift and move in the state, but in the meantime innovation does not excuse illegality.”

The ACT government signed an agreement with Uber in September last year to allow Uber to operate in our nation’s capital, provided Uber drivers pay a $600 application fee and a $50 annual fee to operate in the territory. Laws supporting these changes were passed in November last year.

In April, the South Australian government changed laws and will allow Uber to operate in the state from July 1. As with New South Wales, there will be a $1 levy on all metro trips for all passengers of all services to pay $50 per week for a maximum of 11 months to licence holders impacted by legalising Uber. Each taxi licence holder will also receive $30,000 in compensation on top of this.

Uber is complaining, however, that the new regime is costly, claiming it costs drivers over $700 to start up operating in the state, plus car inspections every six months. The government rejected these claims stating that the costs were in fact only around $600, and were comparable to the costs to set up the service in the ACT.

Liberal Tasmanian Premier Will Hodgman introduced legislation in March to provide temporary reprieve to allow Uber drivers to operate in the state, provided they pass all the public safety tests that come with being considered a hire car service under Tasmanian law. This will allow the government to undertake a review of taxi and hire car legislation to come up with a more long-term solution, including potential compensation for existing taxi licence holders. At the same time, the government agreed to halt the annual release of taxi plates for the next two years as part of the legislation amid concern there were too many taxis in Tasmania.

The legislation has yet to pass Tasmania’s legislative council.

In December 2015, WA Transport Minister Dean Nalder announced Uber would be legalised by creating a new licence category. There would also be a reduction in costs for licences and regulations placed on taxi operators, saving drivers $12,000 a year. To compensate taxi drivers, in May Nalder announced $20,000 for each Perth metropolitan-owned taxi plate purchased before the government’s December announcement, as part of a $27.5 million compensation package for the taxi industry. There is a $6 million industry hardship fund and $1.5 million for support for the industry.

The changes to regulation will be introduced in July this year, with changes to legislation planned after that.

Uber is not yet operating in Darwin, the only Australian capital city that misses out on the app-based service. The NT government has been in discussions with Uber in recent months about bringing the service to the state, but reports in February suggested the NT government was moving to ban the service until a review of the hire car industry had been completed.

So while Victoria claims it is not behind the other states, Victoria, along with Queensland and the Northern Territory are the only remaining states and territories to not move to legalise the service in any way. 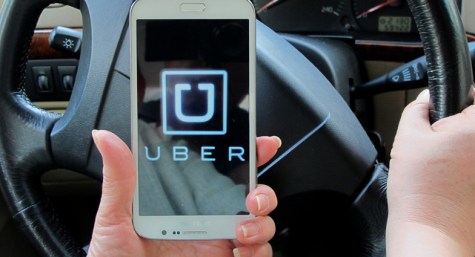 The weird old law that makes Uber legal in Victoria