Crikey is tracking election fliers and brochures from all parties, you can send us your political junk mail!

Crikey has been following the fliers, brochures and letters sent by political candidates and parties this election. Here are the latest, received in Victoria and WA:

ALA has facts. Look at them! Facts!

While we are past the halfway point of the election campaign, the number of flyers received by voters from political parties now includes a new player — the Australian Liberty Alliance. The ALA’s main policy is stopping “the Islamisation of Australia” and even includes a very official-looking pie graph that says that 50% of Australians “think ‘an increase in Muslim migrants’ has been bad or very bad for Australia”. The statistics all have an asterisk next to them, but we’re not sure what that actually refers to. 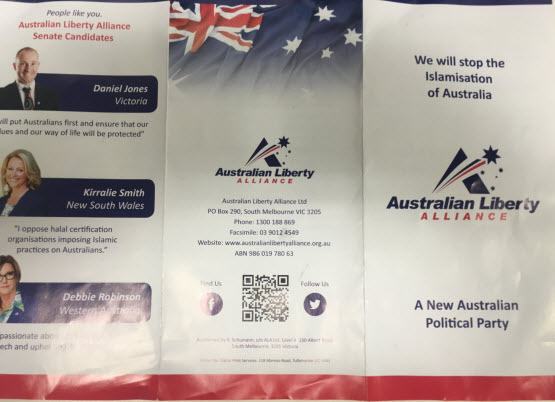 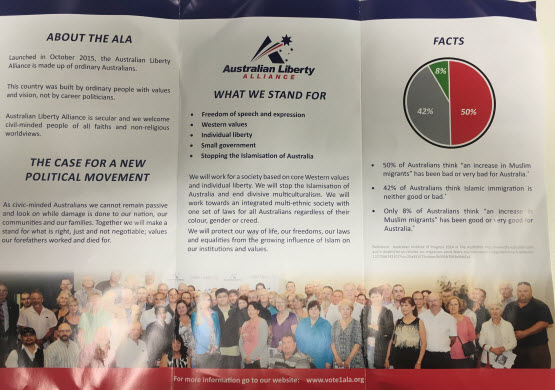 Stopping the boats in WA

Meanwhile in Western Australia, the Liberal Party is targeting voters in the new seat of Burt by attacking Labor’s record on asylum seekers. It contrasts Bill Shorten saying “Labor’s policy is clear”, with candidates who have previously expressed issues with the way asylum seekers are treated.