The Jaws-inspired front page of today’s West Australian has stirred up controversy for scaremongering over shark attacks.

Following two fatal attacks in WA last week, the paper questioned whether the attacks justified a reinstatement of the controversial “cull” policy, which was abandoned by the state government in 2014. Today’s cover, a mock-up depicting two children frolicking in the surf while a black shark fin looms ominously behind them with the headline “WILL IT TAKE THIS?” seems to leave no doubt as to where the paper falls on this issue. 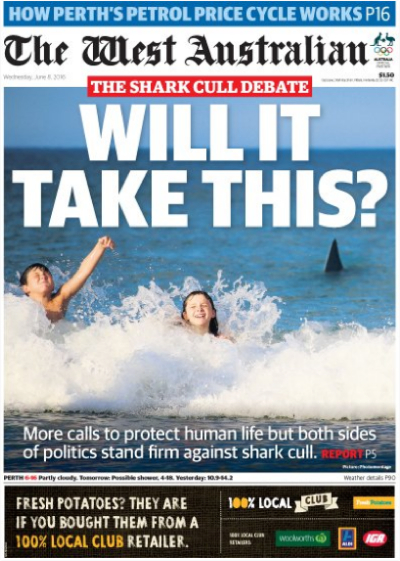 But West Australian editor Brett McCarthy defended the choice in an interview with 6PR, saying it was about provoking debate rather than fear, and reflected the concerns of the community:

“One of things that has been said to me time and time again in the past week in particular, both from readers and people in the community is, will it take an attack on a child for something to be done?”

The West Australian has itself been reporting on the controversy. A poll on the bottom of the article shows most readers think it went a little overboard … 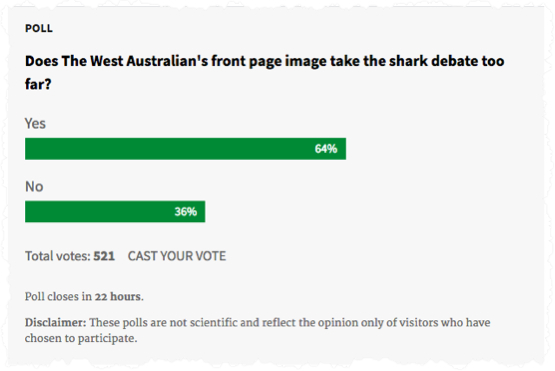 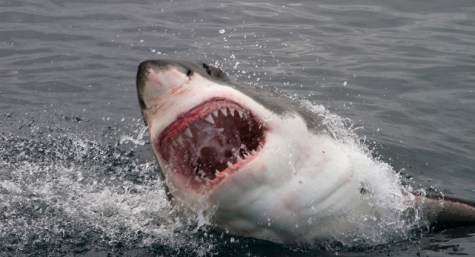 On climate change, it’s better to be half right on time